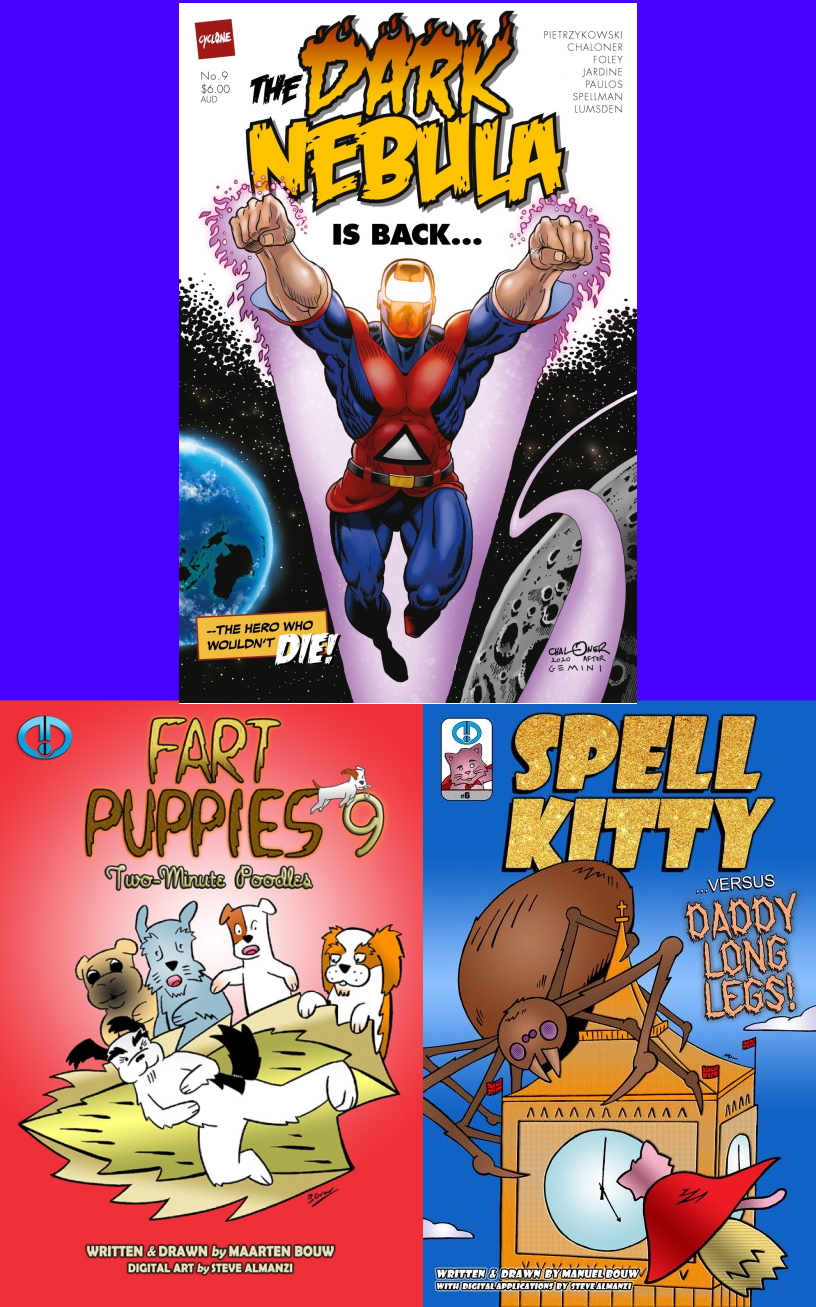 After a 30-year hiatus The Dark Nebula is back & picking up where we left off. This issue bridges the gap between the past & present, collecting the short stories that first appeared in Cyclone Collectors Classics 2 as well as Southern Aurora Comics Presents, starts with an origin re-cap ‘Who Is The Dark Nebula?’, then Mark & Ann Medula go on a ‘Roadtrip’, The Dark Nebula tries to save a nurse’s life in ‘The Other Side of Life’, Dark Nebula’s nemesis Grandstander has a crisis on conscience in ‘One Good Turn’ & The Golden Age Southern Cross has an Eisner-esq encounter in ‘Shoeshine’ – & paves the way for the unpublished inventory material that will finally see the light of day from #10 onwards. An all star cast of creators past & present. Cover by Gary Chaloner & Graeme Jackson, internal stories art by Gary Chaloner, Glenn Lumsden, Shane Foley, Bodine Americah, Jason Paulos & Joe Spellman & writing by creator Tad Pietrzykowski & by Gary & Glenn. All copies to be signed by Dark Nebula creator Tad P

The Fart-Puppies take on the mean streets with help from new and old friends!

Fun for all-ages, with plenty of fart jokes included.

Spell Kitty gets called upon to battler her most dangerous villain of all time, the evil Daddy Long Legs!

Spell Kitty issue 6 is a fun for-all ages story, and for anyone who loves magic kittens.