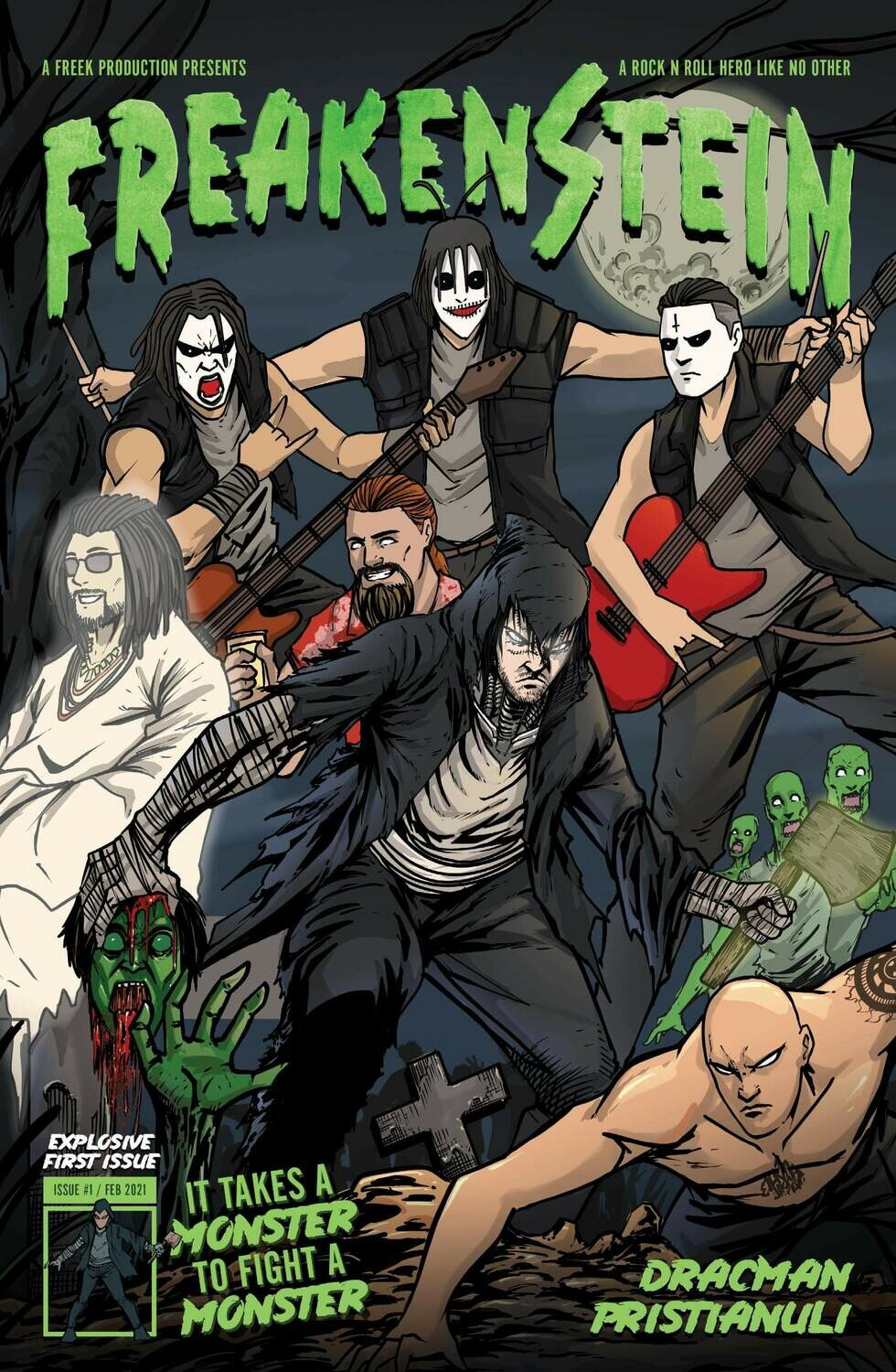 Brought to you by Freek Productions, Meet a Rock N Roll nerd like no other….. Freakenstein takes you on the jorney you have been waiting for… you just didn’t know it.

Only 100 copies printed so rush in