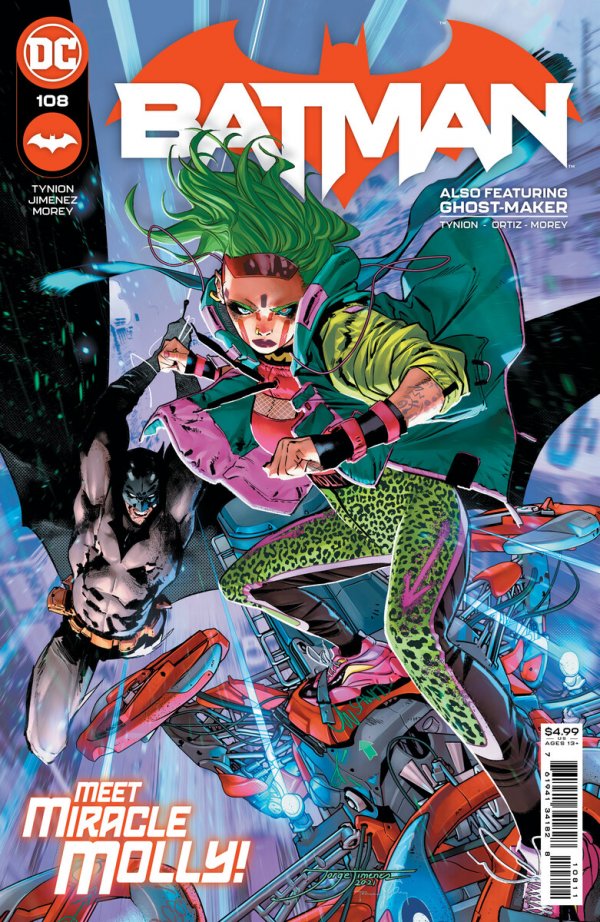 THE COWARDLY LOT, PART THREE / GHOST-MAKER, CHAPTER II
Batman goes undercover to infiltrate the transhumanist gang known as the Unsanity Collective and learn more about their sudden appearance in Gotham. And what nefarious plans does Simon Saint have for Arkham Day survivor Sean Mahoney? How does it connect to the Magistrate?
And in part two of the action-packed, bone-rattling Ghost-Maker backup story… can our hero stand up to the horror of Kid Kawaii?
Plus, don’t miss the debut of the mysterious Miracle Molly! 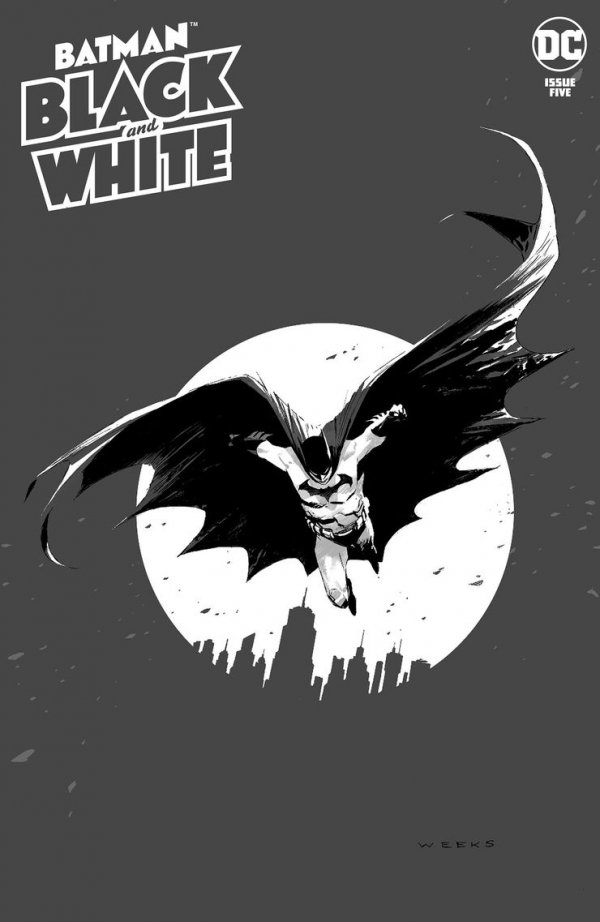 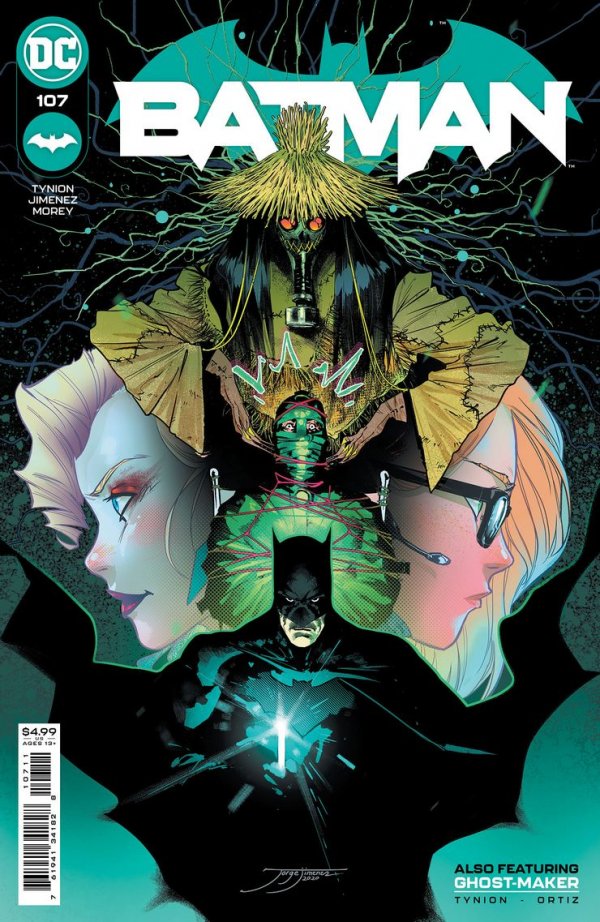 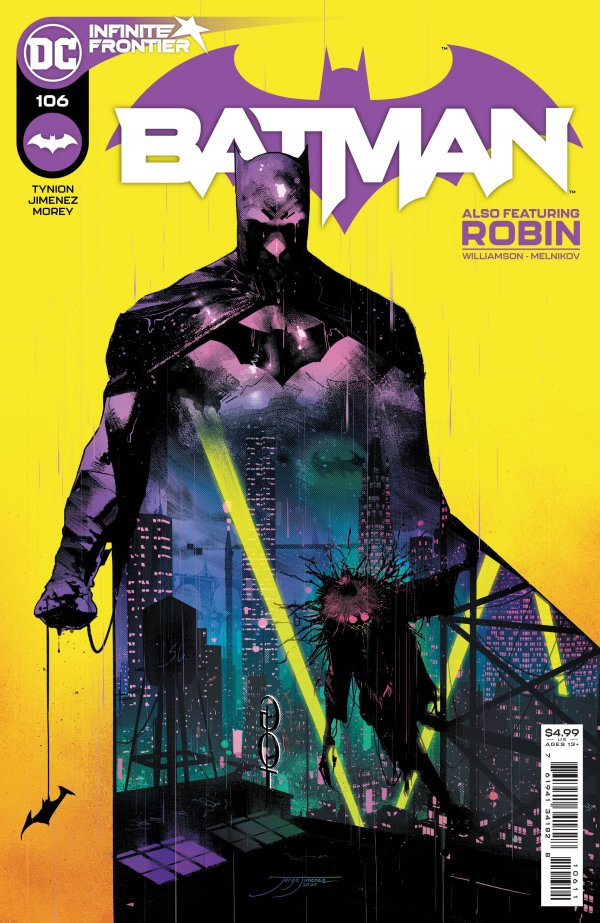 THE COWARDLY LOT, PART 1 / DEMON OR DETECTIVE? PART 1
Following the tragic events of Infinite Frontier #0, Batman and his new ally, Ghost-Maker, must reckon with a new gang operating in Gotham City—but are they connected to the reemergence of the Scarecrow? Meanwhile, shadowy billionaire Simon Saint pitches an advanced law-enforcement system to the new mayor! The creative team behind the epic “The Joker War” returns with a thrill-packed, dangerous new storyline called “The Cowardly Lot.”

Plus, the backup story “Demon or Detective” begins as Damian Wayne is on the run! After everything Damian has gone through, can he escape Gotham and find his way back to where his journey started—to his mother, Talia al Ghul? This two-part tale concludes this month in Detective Comics #1034! Scott Snyder reunites the World’s Greatest Heroes for epic journeys to “Hawkworld” and “The Sixth Dimension” in the second deluxe edition hardcover of the superstar writer’s Justice League run!

Martian Manhunter, John Stewart, and Hawkgirl take a trip to Thanagar-Prime, as J’onn looks to tap into the ancient Martian mental database, Green Lantern struggles while practicing his new UV powers, and Kendra searches for answers about her connection to the Totality.

Then, the Justice League has the map to the Sixth Dimension in hand—the key to saving the Multiverse from utter destruction! But with Superman trapped on a world with no light and hundreds of dead Supermen, Lex Luthor’s Legion of Doom is poised for victory. The final form of Perpetua takes shape, and the DCU will never be the same again! 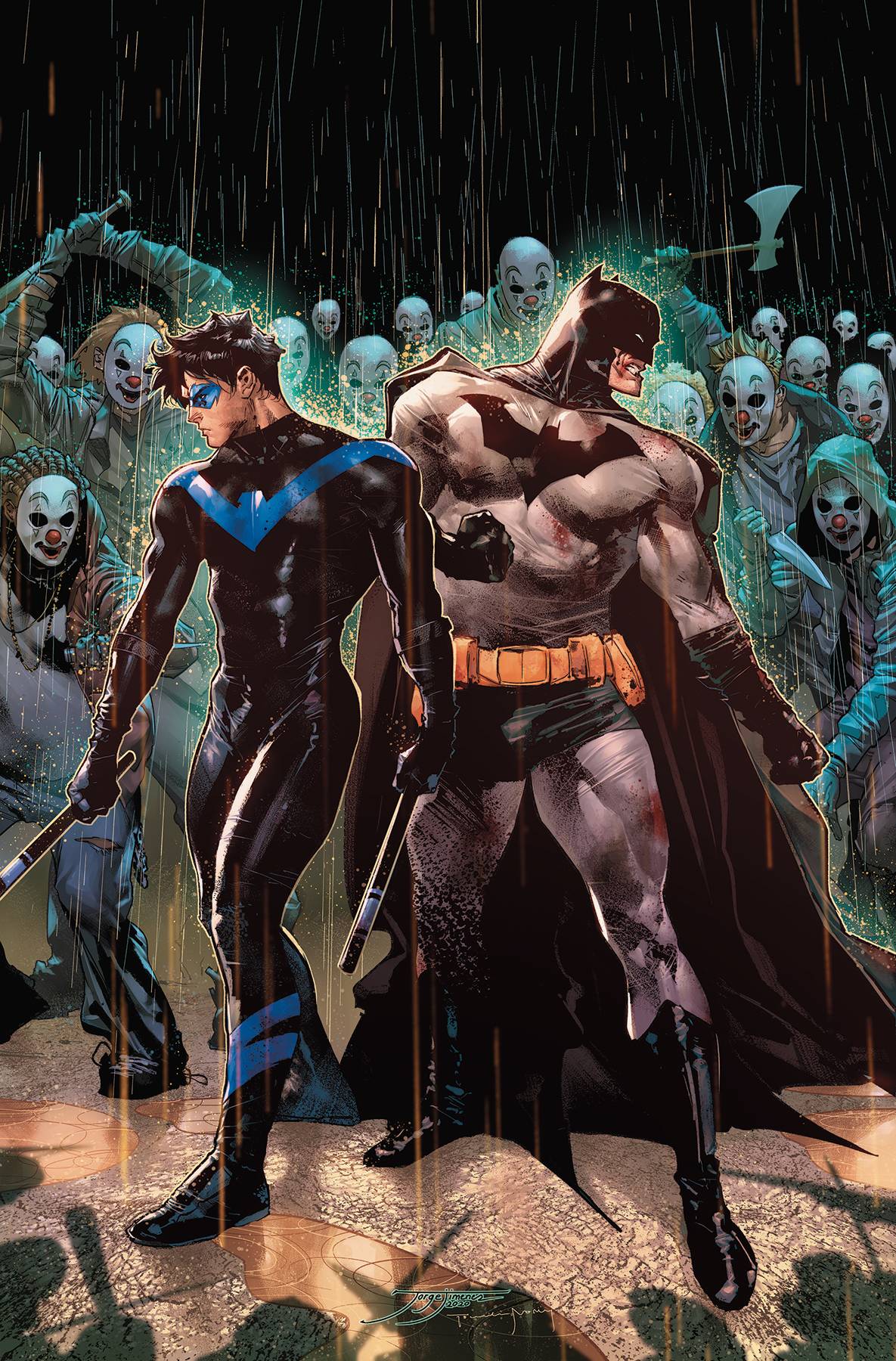 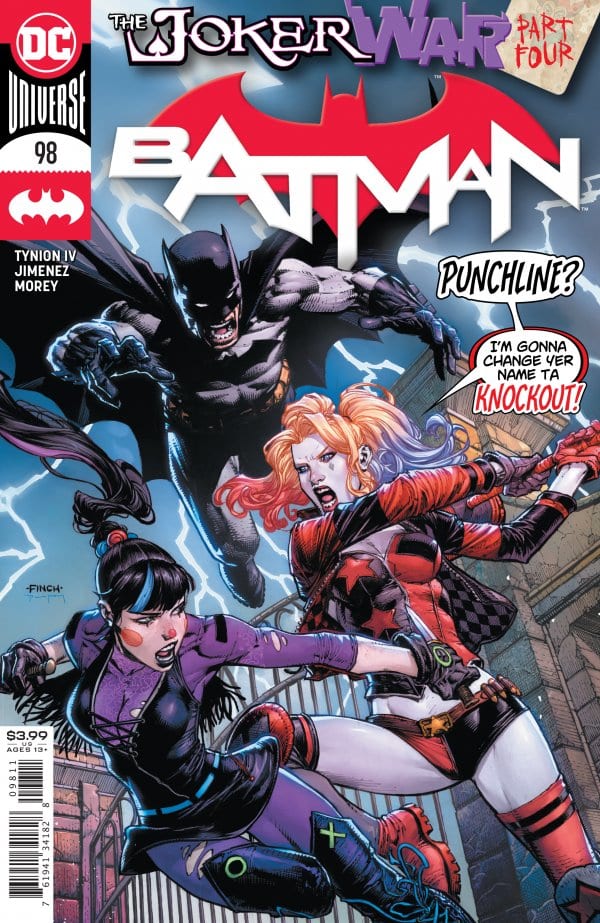 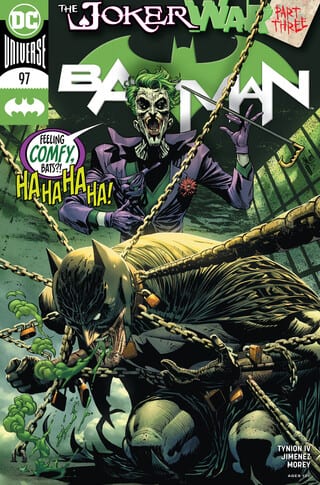 The Joker’s army is growing hour by hour, with weapons beyond anything the Clown Prince of Crime has ever used before. Batman must hold his mind together so he can strike the final blow and take back his city-but how can he heal the rifts he’s created in his life to get the help he needs? And while all this is happening, the villains of Gotham City are waiting out the carnage Joker has unleashed-and Catwoman assembles an army of her own! 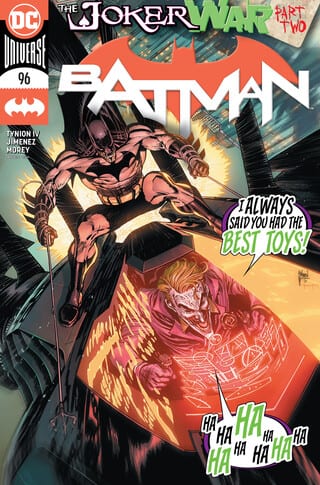 Reeling from the effects of the worst Joker toxin attack ever, Batman is on the run through Gotham City, pursued by the dark shadows and voices that haunt his past and present! As the Joker’s plan materializes, the only person who can save Batman from the brink of true madness…is Harley Quinn?! Plus, who is the mysterious new figure known as Clownhunter?