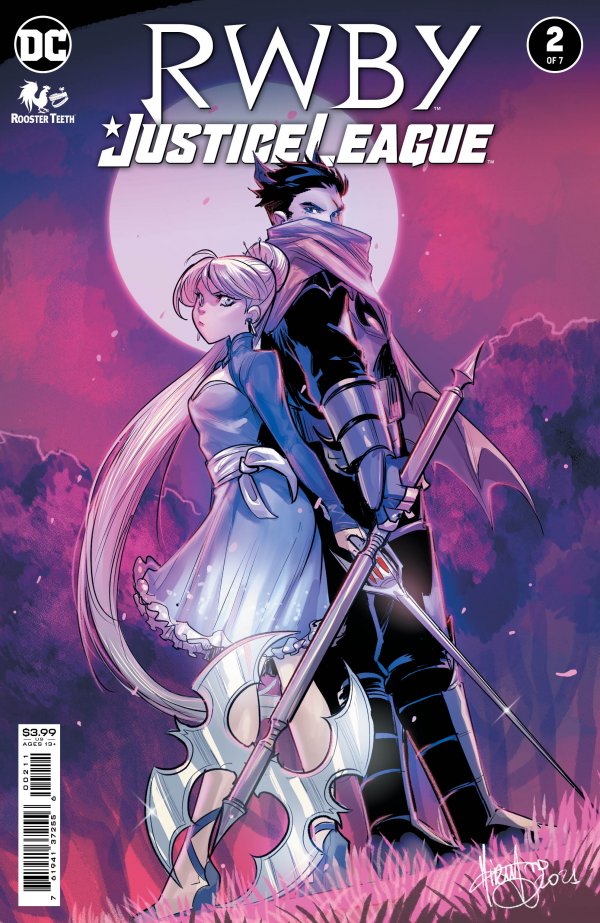 Weiss comes face to face with a brooding boy accused of theft at the Schnee Dust Company dinner, and in an act of defiance, teams up with him to prove his innocence, combining their shrewd detective skills! And then, the girls reunite at Beacon Academy with their mysterious new friends. Greeted by Professor Ozpin, Team RWBY learns the horrible truth: hunters all over Remnant are disappearing without a trace, and the four girls are all that’s left! 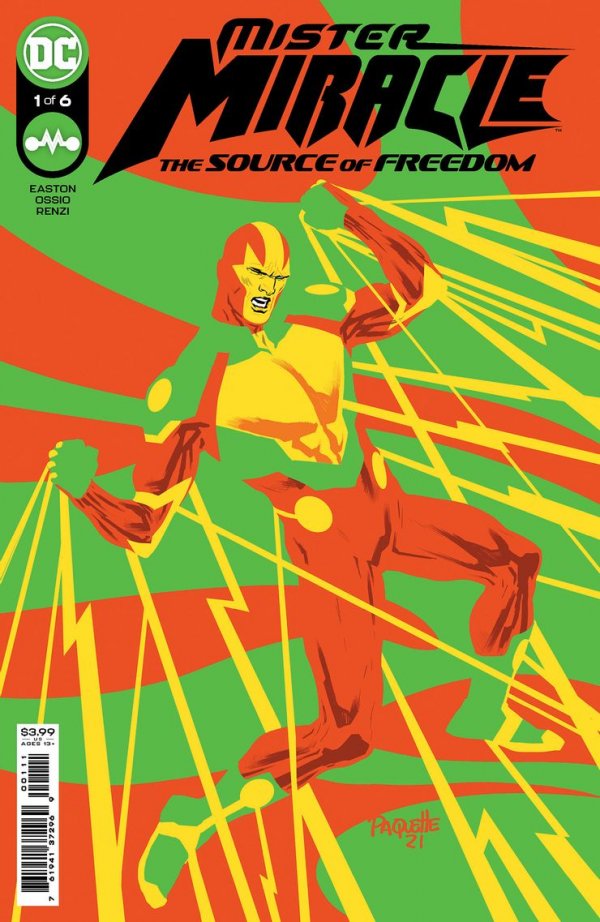 Spinning out of DC Future State, the story of how Shilo Norman became the Mister Miracle of tomorrow starts here. The Mister Miracle show used to be the hottest ticket in town, whether you caught him onstage escaping from perilous traps or spotted him on the streets of Metropolis taking out bad guys. What Shilo Norman forgot is the first rule of both showbiz and super-heroing: always leave them wanting more. Now it’s time to start showing the world what a miracle man can do. Showbiz/superhero rule #2: timing is everything. There’s a new performer in town who wants to knock Mister Miracle off his pedestal and stake a claim to his famous moniker! Can Shilo break free of this trap? (Why yes, that is a clue.) 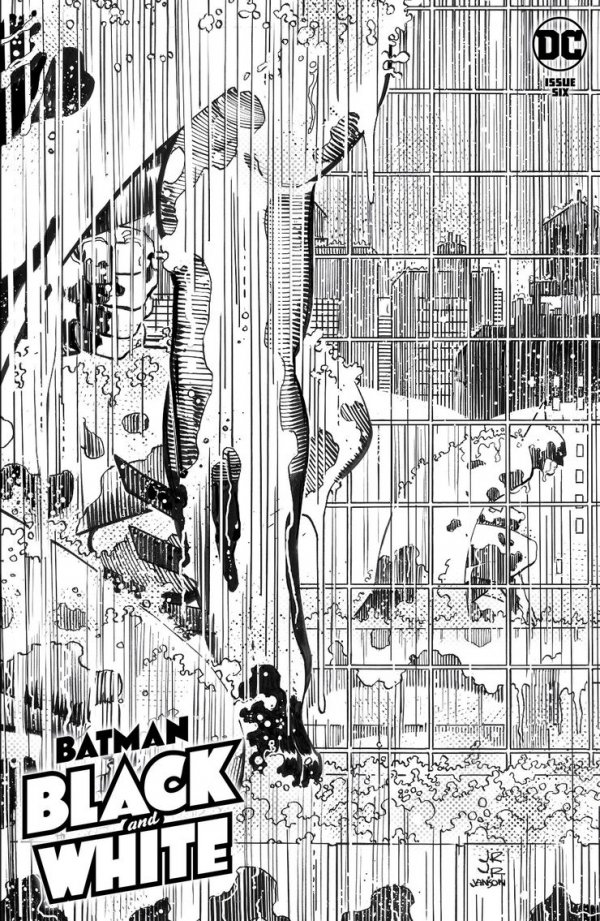 The final issue of the acclaimed revival of Batman Black & White is here, and readers won’t want to miss this deep dive into the new horrors of Gotham and ordinary citizens inspired by Batman.
Iconic Batman scribe Scott Snyder reunites with his All-Star Batman collaborator John Romita Jr. to tell the story of a man who has been documenting Batman’s history in Gotham for a very long time—and now, he has something to say about the Dark Knight’s legacy.
Eisner Award nominee and the artist behind Batman: Universe and Future State: The Next Batman, Nick Derington writes and draws an epic tale introducing us to two gangs whose power struggle in Gotham has been going on longer than the history of the city itself.
The acclaimed creative team behind Infinite Loop, Elsa Charretier and Pierrick Colinet, team up once more for their DC Comics writing debut with a frightening story of psychological horror and the Dark Knight!
The fan-favorite co-creators of Rumble, writer John Arcudi and artist James Harren, spin a tale of Clayface and the evils lurking beneath the surface of the stories we love the most.
The powerhouse creative team of writer Brandon Thomas and artist Khary Randolph tell a story about one of Gotham’s most impoverished neighborhoods, and how it ends up being exploited by villains like the Mad Hatter! 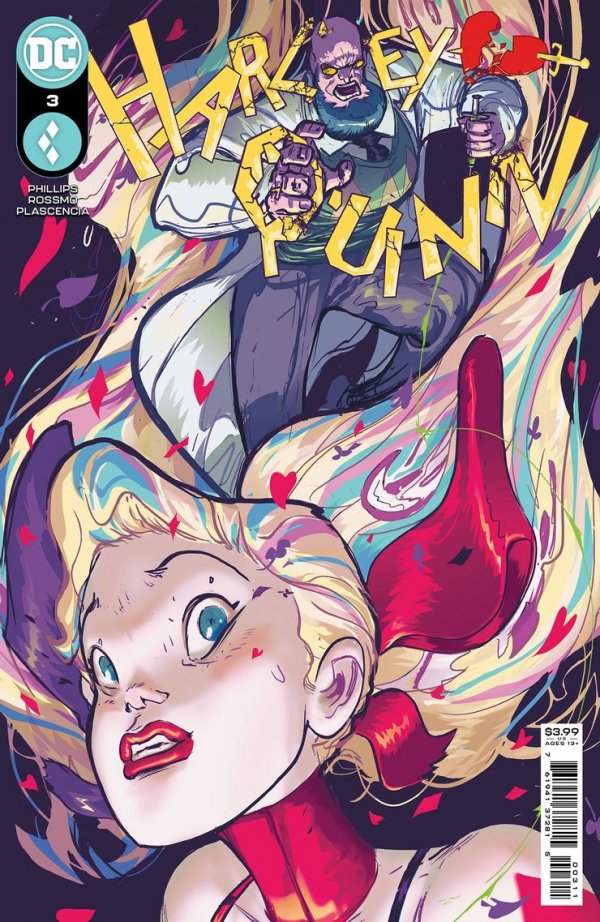 Harley Quinn here, still narrating my solicit text! My war of wellness with Hugo Strange kicks into high gear this issue, and things are gonna get ugly. Hugo is about to send his right-hand man-child Lockwood, Arkham Asylum’s most sadistic guard, after Kevin and me at our first support group meeting. Folks, some things in this world are sacred, and I am not gonna stand for this. Hugo Strange never picked a fight with someone like me before, and he’s not going to like the results. Don’t miss this crossover with Suicide Squad! Hunted by the deadly Task Force X, the new students of Titans Academy will have to grow up fast or risk losing one of their own even faster. Why has the Squad put a target on new speedster Bolt’s back? And why, in its charge on Titans Island, is Amanda Waller’s team of villains being led by the mysterious Red X?! After the shocking events of Robin #1, Damian has learned the deadly rules of Lazarus Island the hard way! Now he must prove that he belongs in the tournament and uncover its secrets! But his only ally is the daughter of one of his greatest enemies: Ravager! In this tournament, only one fighter can get out alive — ready for round two? Fight! 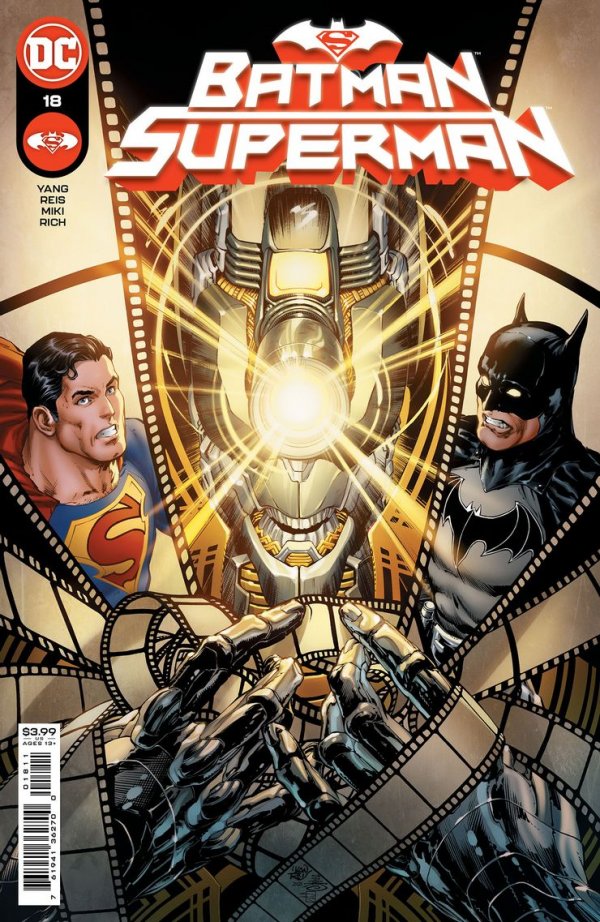 The Dark Knight and the Man of Steel are on a mission to stop the godlike Auteur.io from destroying the pocket worlds he’s created… but where on Earth did Auteur.io even come from? The answer starts not on Earth at all, but with an ancient cult of World Forger worshippers on a planet far away — and if our heroes are to have a prayer of stopping this mythic behemoth, they’ll need to get to the bottom of his power source, and quick! It’s a race against time as the parallel lives of entire worlds hang in the balance! 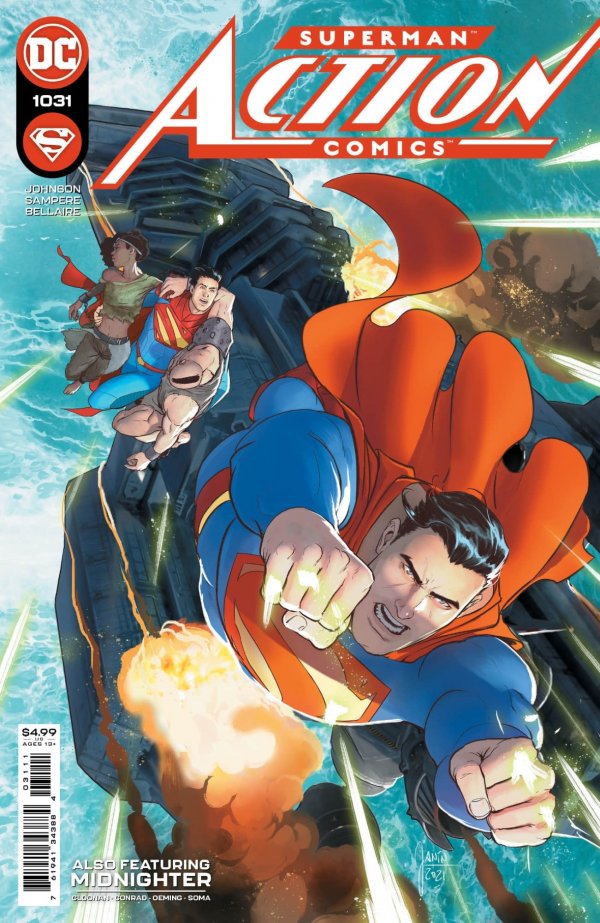 WARWORLD RISING, PART TWO / MIDNIGHTER, PART TWO
After a war-torn battleship escapes Warworld and makes the perilous journey to Earth, Superman searches for answers about the identities of its mysterious refugees and their apparent link to the planet Krypton. Could there be other Kryptonians in the universe? Meanwhile, Atlantean scientists study the wreckage of the Warworld vessel… and make a shocking discovery that could change the balance of power on Earth.

And in the backup story, stuck in the wrong timeline, Midnighter continues to gather intel on the Chrysalis in hopes of finding an answer. But will it cost him his relationship with Apollo? And who is being held captive at Trojan Solutions? THE NEIGHBORHOOD, PART 3 / HUNTRESS, PART 2
Batman versus Huntress! As the Dark Knight delves into the mystery of Sarah Worth’s murder, the only witness who truly knows what happened that fateful evening is Batman’s only hope to clear his name. But another hunter is stalking the mysterious killer plaguing the city — and Huntress has also set her sights on Bruce Wayne! The Violet Vengeance of Gotham unleashes holy hell on Batman as trouble brews above and below the city streets!

And the backup story, “Huntress and the Hunted,” zeroes in on Gotham’s own Violet Vengeance! In the previous chapter, her world was rocked by the gruesome murder of a dear friend… but there’s more to this sinister scene than meets the eye!