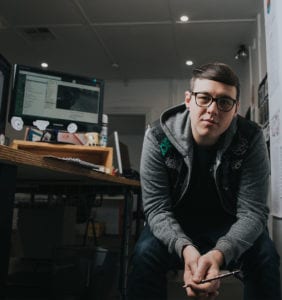 I run a small indie publishing company called Halftone Productions. After forming as a business in 2015 and starting as only a podcast to then hitting the ground running with my first comic released in 2016.

In 2020 I’ll be launching many comic books over the year. All the while working to give back the best in indie comics to our supporters.
I believe that we all need to support indie creators and their work, so that they can keep creating and that more people can discover what is amazing indie comics. To date, we have had 8 successfully funded Kickstarters reaching well over a target goal and hundreds of happy readers from al over the world.

You may of recognised my work from several project including The Talking Bread, In Purgatory, The Wrath of The Cursed, XCT Comics, Super RBA and Dark OZ Comics. When not working on comics, you’ll find me at a many of the various Australian comic and zine festivals!

Work is of these types/genres:-
Not your usual Independent comics.

The Wrath of the Cursed