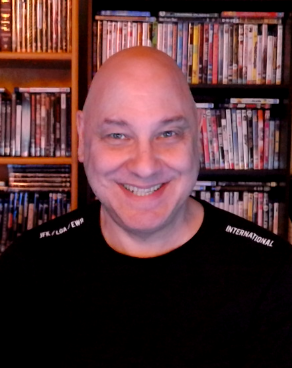 David (Dave) de Vries (born 1961) is a film writer, director, and producer who also writes and illustrates comic books. He was born in New Zealand and emigrated with his family to Australia.

De Vries was born in Wellington, New Zealand, in 1961, and grew up in the inner suburb of Ngaio. He emigrated to Melbourne at an early age with his parents, where he lived until he was eighteen. After studying painting at RMIT he started his comic book career in the early 1980s with work for OzComics, Phantastique, MAD Magazine and Penthouse. Together with Gary Chaloner, Glenn Lumsden and Tad Pietrzykowski he established Cyclone Comics in 1985, to ensure that their characters could be published while remaining under their control.

De Vries and Lumsden entered the American market through First Comics, Nicotat and Malibu Graphics with The Southern Squadron, a superhero team that had taken over the Cyclone title. Together they have drawn a new look version of The Phantom for Marvel Comics, have worked on Batman: Legends of the Dark Knight, Star Trek comics for DC Comics, The Eternal Warrior Yearbook for Valiant Comics, The Puppet Master for Eternity Comics and Planet of the Apes and Flesh Gordon for Malibu Comics. de Vries also worked on a number of projects as a writer, including The Thing From Another World for First Comics, Black Lightning and a Green Lantern annual for DC, as well as recreating the origin of Captain Boomerang with John Ostrander in an episode of the Suicide Squad.

De Vries has written a number of live action and animation scripts for film and TV and has also edited for television. He is a course coordinator, lecturer and tutor at UniSA and the South Australian Institute of Business Technology, teaching Film & Television, comic-books, journalism and design.

He is the Festival Director for the Barossa Film Festival, a former Vice President in charge of SA for the Australian Cartoonist Association and is currently the South Australian Chapter head of the Australian Directors Guild.

Dave is currently working on a number of comicbook series featuring his own superhero comicbook characters, the Southern Squadron – originally created in 1983 – to reintroduce them to the modern audience. These include cross-overs with the Reverie character “Torn” (which Dave has co-written with Rob Lisle), the Dark Nebula (co-written with Tad Pietrzykowski) and Killeroo. He is also working on an ongoing stand-alone Southern Squadron series, which will follow on from the Torn Crossover under the Reverie imprint.

Work is of these types/genres:-
Superhero, Horror, Indie

Batman: Legends of the Dark Knight

Children of the Puppet Master

The Thing for Another Word