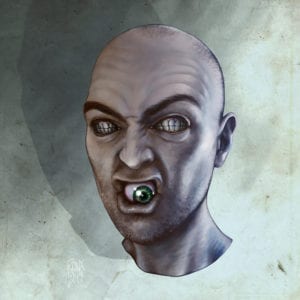 Cristian Roux is a comics creator and illustrator based in regional Victoria.
As well as having a number of exciting collaborations in the works, Cristian was artist on the Dragonblade chapter of The SuperAustralians, an anthology of superhero stories set in Australia with 23 other contributing artists and writers.
His personal project currently in progress is an historical comic about, John Christie, a Melbourne based police detective working in the latter half of the nineteenth century.
Cristian cut his teeth in comics, writing and illustrating the series Falling Star, a revisionist superhero mythology set in an alternate future Australia – the stories drawing inspiration from current events, social attitudes and the Melbourne cityscape.