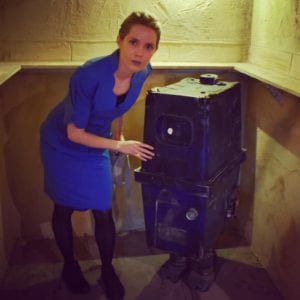 Angie Spice debuted as a comic creator in 2016 with her series “Courier The Adventure Of Geraldine Barker”, a fictional work set in 1940’s Tasmania. Geraldine Barker is a travelling courier and seeker of the diminished thylacine during the time of a new world war.

Angie has contributed to the following Indie Comic series as a guest artist : “Wrath Of The Cursed”, “The Talking Bread” & “In Purgatory”

Her one shot piece “Pheonix Enter The Ring” was featured in the 2019 Dec issue of G’Day Punch Manga Magazine.

Angie’s work is reflective of a Manga influence and is produced traditionally for the bulk of production.

Some of Angie’s published works:

Work is of these types/genres:-
manga, indie


Courier The Adventures Of Geraldine Baker

Rise Of The Talking Bread

Wrath Of the Cursed