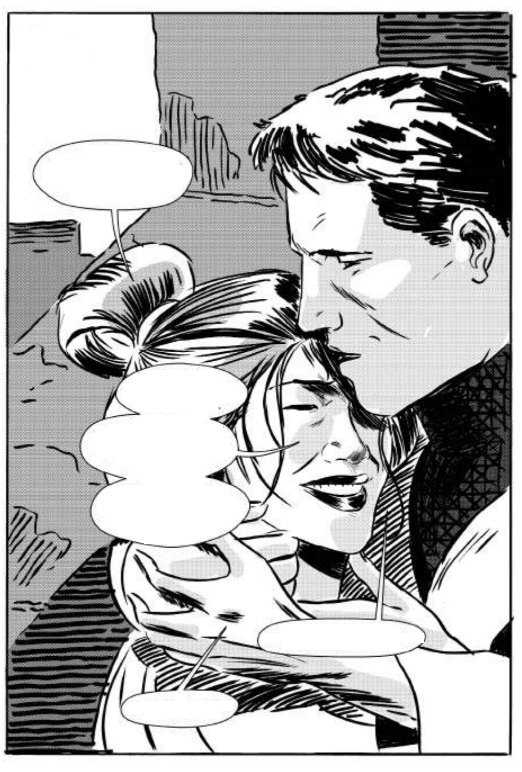 “When is love greater than your life’s loyalty?”

Wrath of the Cursed Part 3 offers a deep dive into the psyche of Cole, The Cursed, and the conflicting ideas of his love and his loyalty. More empathising than the previous generation, he now has more challenges than ever before.

Even then, the story neither fails to excite nor stop readers from caring. It’s a careful, methodical, and sensitive look into the depths of a fractured mind. When all you are is on the line, will loyalty be a better end?

Love Has Died: The Story of Wrath of the Cursed Part 3

Wrath of the Cursed Part 3 is an indie Australian comic self-published, written, and drawn by Matt Kyme. Graeme Jackson is in charge of lettering, whilst Roger Stitson handled proofreading.

The story follows through the impending death of O-Matsu, Cole’s beloved wife, at the hands of the Say Ton court. As she perishes in his arms, Cole goes on a controlled rampage.

An Out of Character Moment: The Writing of Wrath of the Cursed Part 3

Wrath of the Cursed Part 3 is the beautiful crescendo of the generally smoothly paced story of Matt Kyme. The narrative goes at its highest with this issue and it’s hard not to enjoy this period drama of a comic book.

Throughout the story, the glaring difference between Cole The Son and Cole The Father is their loyalty to the Say Ton. Whilst both are dutiful about their roles for the Say Ton, The Father has always been loyal to death, whilst Cole The Son was the more empathetic one.

This difference in empathy shows throughout the story. Cole The Son loses sleep over the lives he ends. He loves his family, enjoys the companionship of his wife, and does not kill in cold blood.

O-Matsu, by herself, is a pleasure to read for what few pages she is in. She is a dutiful wife and a master warrior herself. She is also seen to be kind, compassionate, and patient - especially in a world where everyone is out for blood.

O-Matsu has stayed as a grounding force for Cole - a reason to live moreso than their child. As she dies, The Cursed rages on and have turned to stone.

Matt Kyme masterfully wrote this chapter, with its biggest star, ironically, is O-Matsu. The biggest issue I see in the story, however, is The Cursed himself, and let me explain why.

Throughout the story, Cole demonstrated why he is the physical incarnation of a war god. He sliced his way through just about anyone who comes in between him and his revenge. Cole, however, dropped the ball with the treatment of his child.

I may have misunderstood it but Cole was supposed to be different from his father. He was supposed to show love and empathy. Whilst his vendetta years later would have been justified, using his child as a means to it makes him no different than his late father - even less.

The moment felt out of character but it rang true somehow.

The First Page Did It: The Art of Wrath of the Cursed Part 3

The art of Wrath of the Cursed Part 3 is as consistent as ever. The pencilling is superb, and there is better quality here compared to the past two chapters.

What stands out the most to me, for starters, is the opening page. The opening page was O-Matsu smiling as she is dying in the arms of her husband. The style used by Matt showed the emotion of the moment beautifully.

O-Matsu’s smile was genuine. It felt real happiness amidst the pain of her lashes. She felt like a kind soul asking for no vengeance from her husband. Cole, on the flipside, showed not only worry but love and care.

This page is the main reason that convinced me that I’d love this part of the series. Cole, in this page, reminds me of Bruce Wayne somehow - handsome and kind to those he loves.

The fight panels are also amazing. The hatching is generally the weakest part of the series, but it is generally clean here. Matt did an amazing job keeping the pencilling tidy, lending to a better art quality in total.

Should You Read Wrath of the Cursed Part 3?

Wrath of the Cursed Part 3 is a must-read for anyone who wants to see the sensitive side of Matt Kyme’s narrative storytelling. It’s still full of honest to goodness action but it’s still as sensitive as it can be.

If you’re looking into reading this chapter, you’ll have quite the good time. Apart from small niggles here and there, you’ll enjoy reading the entire thing in one sitting.