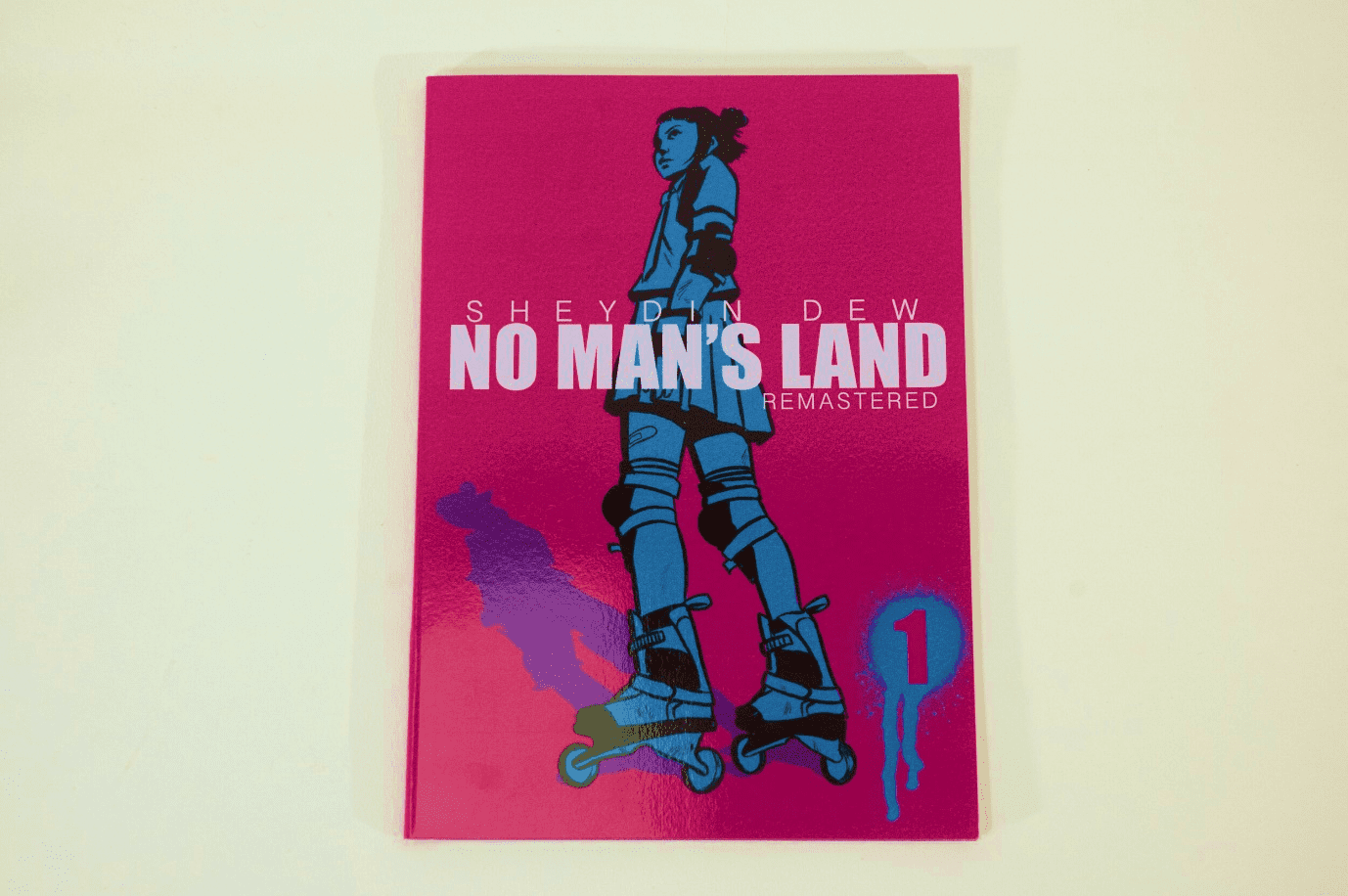 When leading roller-blading trio ‘The Queens’ decide to explore new horizons, four upcoming groups will battle it out to determine who is most deserving of their territory. Navigating what has become a toxic environment fuelled with violent rivalry, will the girls be overwhelmed by their differences or will they learn that they are stronger together?

Originally published in 2018 and remastered in 2020, No Man’s Land #1 (NML) is a bold and vibrant tale of teamwork, determination, and femininity. While the first issue acts chiefly as a prologue to the narrative’s overall premise, impressions of the broader themes and inspiration are keenly felt. In direct correspondence with the author, South Australian artist Sheydin Dew stated the themes of NML were inspired by her personal experiences in female social groups, noting that “sometimes girls can be a girl’s worst enemy”. Dew wrote NML “to encourage women to empower other women” irrespective of differences of appearance or opinion, a sentiment echoed by ‘Queens’ leader, Vi, in her reasons for leaving the urban skating scene. Drawing upon fifteen women from her own life, Dew has created an all-female cast of incredible diversity: women with multiple ethnicities, hair styles, body shapes, dress senses, body modifications, beliefs and ideals, and ways of speaking. In a medium in which feminine diversity is sometimes lacking, Dew’s depictions are a breath of fresh air and provide a broad range of individuals for readers to identify with.

Dialogue towards the end of NML has a tendency to be clunky, in part because Dew attempts to introduce the crux of multiple personalities and individual beliefs within a small number of frames. Consequently, some characters come across as a little cliché. However, considering over half of the first issue closely explores the dynamic of “The Libras”, there is strong potential for the rest of the cast to be fleshed out in future issues.

The art style remains charming throughout and Dew intuitively employs a variety of panelling structures to maintain an energetic and dynamic narrative pace. This is especially effective in action sequences such as when Maisey attempts an ambitious jump in unknown skating territory. Furthermore, Dew’s consistent use of a pink-centred colour pallet allows her to affirm her central theme of feminine solidarity. Irrespective of their differences, the cast are united by their love for rollerblading and their femininity, and I have no doubt that such solidarity will prove stronger than their rivalries in future issues.

You can purchase the original version of NML on https://www.comixology.com/, or the remaster from Dew’s personal page at https://www.sheydedart.com/.