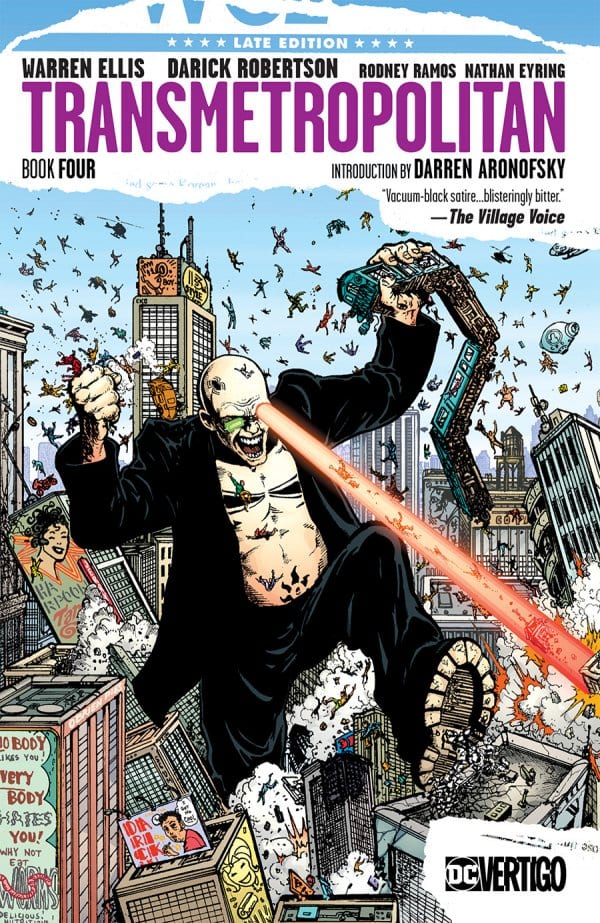 Renegade reporter of the future Spider Jerusalem continues speaking truth to power and exposing corruption, even as the City crumbles around him. After losing his job, his bank account, and his home, Spider has gone underground, the better to implement his plans to expose the evils of the government in the City. Then, all hell breaks loose as a nameless sniper terrorizes the Print District and a raging superstorm clears the streets of the City.