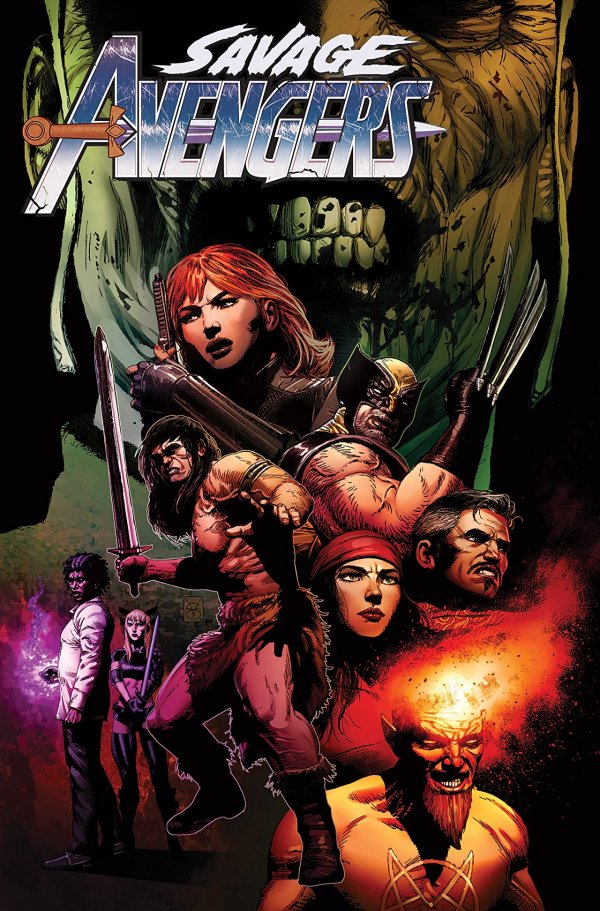 The terrible secret of Kulan Gath’s power is revealed! Can Doctor Strange and Elektra deal with this unbelievable horror? Speaking of horror, something is killing the Shuma-Goraths! That would usually be great news, but Kulan Gath thinks he’s finally figured out how to consume the elder god — and that’s bad news for our plane of existence! Strange and Elektra have a plan, though, and the Savage Avengers will assemble! Conan the Barbarian, Wolverine, Black Widow, Hellstrom, Brother Voodoo, Magik and more draw up a last-ditch battle plan — and Conan must wield a most unexpected weapon in the fight against darkness! When Kulan Gath’s plan involves the international drug trade, you can bet on the Punisher crashing the party — but what brings the Black Knight and the Juggernaut into the fray?