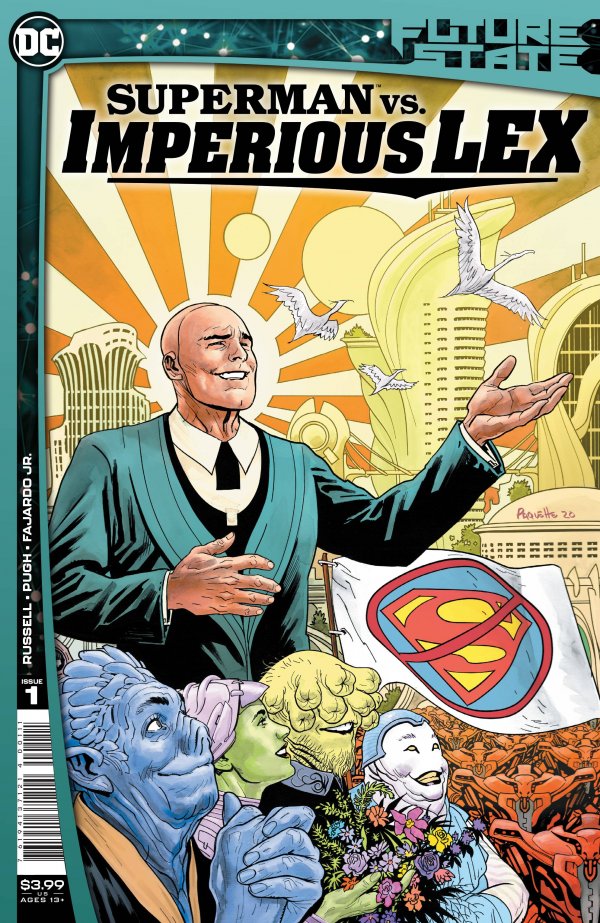 Welcome to Lexor, home of the greatest businessman in the Multiverse: Lex Luthor! After years of prosperity, Lex’s utopia is at last ready to join the ranks of the United Planets and promote peace among worlds. However, Lex has never done anything unless he had something to gain from it. What could he be up to this time? Sounds like a job for Superman and his wife Lois Lane, the Earth representative to the U.P.! It’s time the Man of Steel shut down this former Metropolis magnate once and for all!