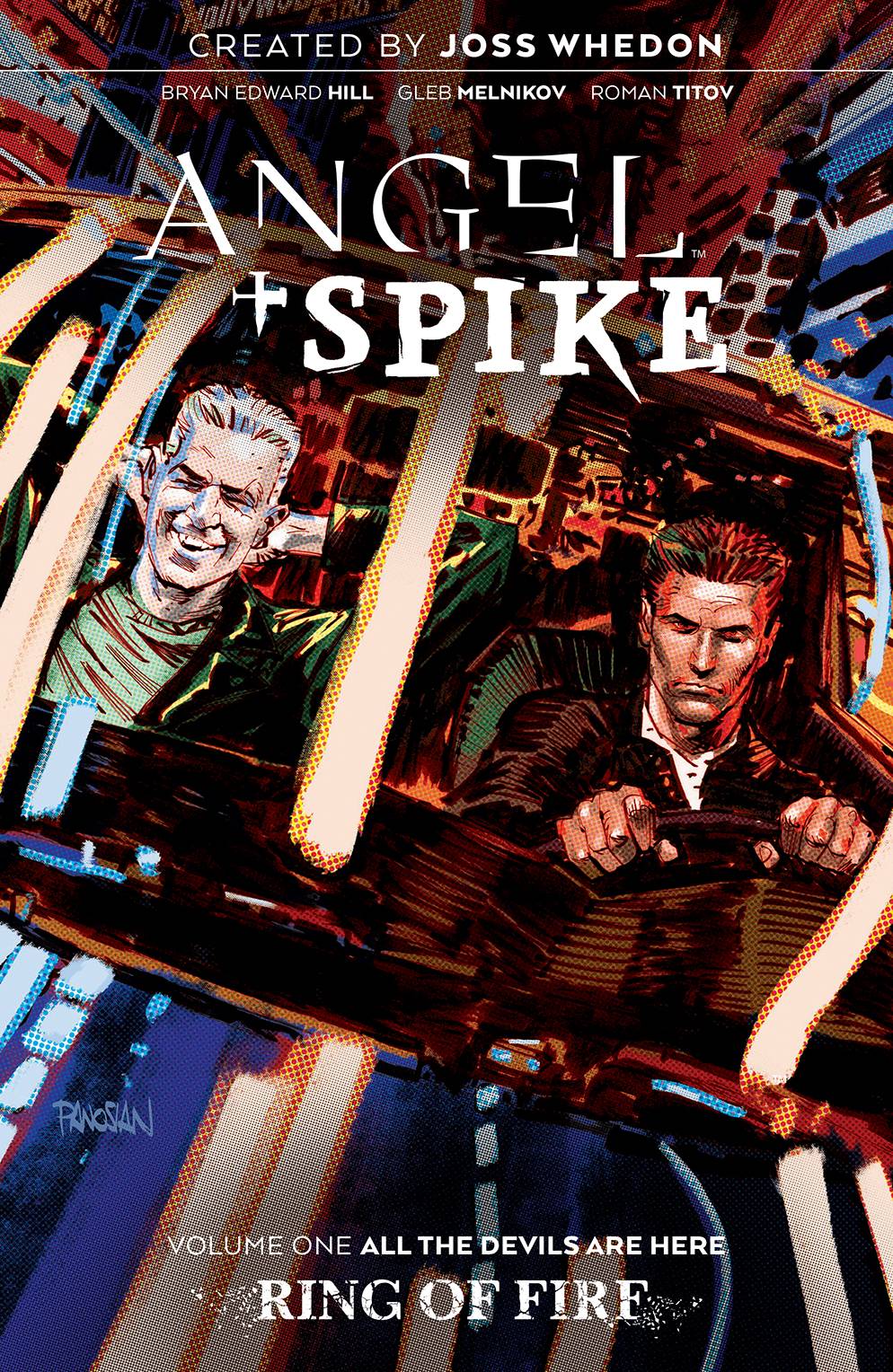 Angel has returned from the Hellmouth in Sunnydale…only to find that Gunn and Fred are now aligned with his mortal enemy, Spike. But as the two vampires must resolve their complicated history, new faces have emerged to threaten Angel and Spike’s missions.
The acclaimed team of writer Bryan Edward Hill (DC Universe’s “Titans”,”Detective Comics” and artist Gleb Melnikov (“Saban’s Go Go Power Rangers” ) kick off an all new era for Angel, Spike and the whole team as they begin a new mission to save Los Angeles from it’s true enemy. And they just might pull it off if Angel and Spike manage not to kill each other. Again.
Collects Angel & Spike #9-12