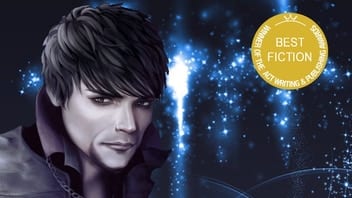 A world brought to its knees by the misadventures of three desperate lovers. The official digital launch, and a brand new cover design!