DANGER ON ALL SIDES! Epsilon Station is overrun with danger, not all of it from Xenomorphs! Cruz holds mission information back from his soldiers, but he’s not the only one with secrets. We are not who we say we are. Someone is killing gangsters in Queens, leaving behind a trail of blood and…fur? Now Silk has to protect these low-level criminals from a bigger, nastier villain. Can she use her sleuthing skills to figure out who’s behind it all and stop them before it’s too late? 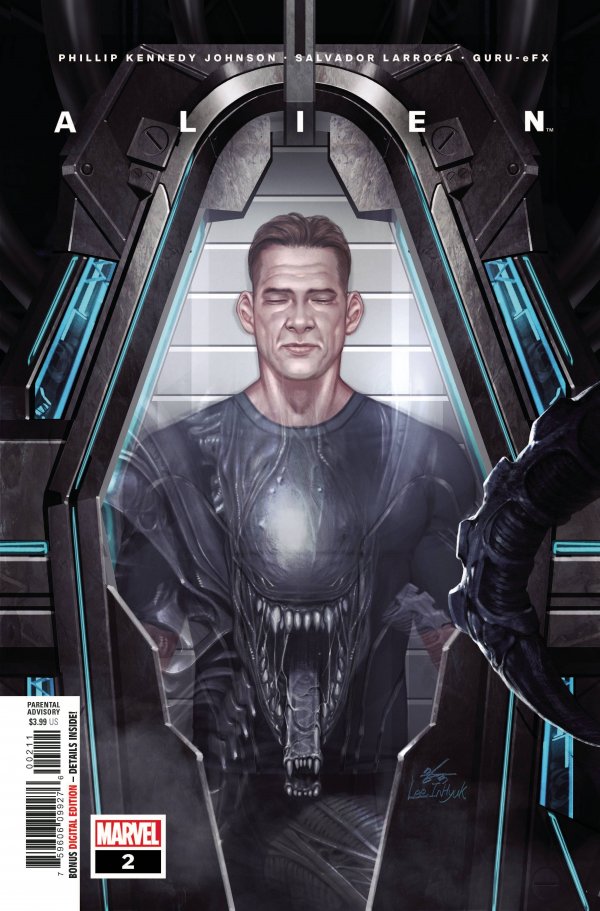 THE RETURN TO EPSILON! Cruz has only one chance to save his son from the horrific fate he barely escaped. The clock toward total collapse is ticking. The aliens are loose. 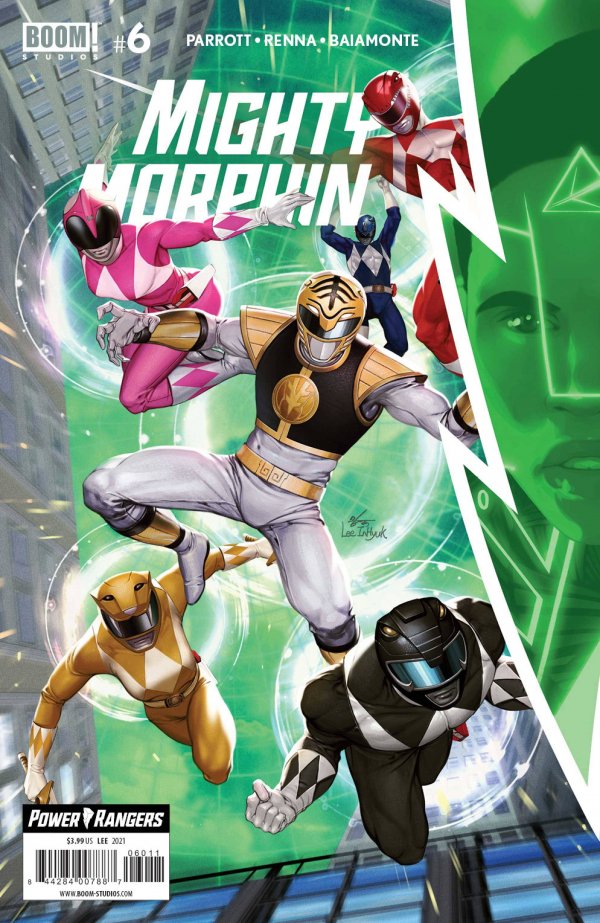 Still reeling from the revelation of the New Green Ranger’s true identity, the New Mighty Morphin team must join with former Ranger Grace Sterling to save Angel Grove from a new threat tied to Zordon’s surprising past.

Celebrate the 30th anniversary of the ’90s hottest hero in three spectacular stories!
First, an untold story from Darkhawk’s early days by creators Danny Fingeroth and Mike Manley!
Then explore the winged hero’s cosmic years by Dan Abnett and Andrea Di Vito.
Finally, find out what the future holds for Darkhawk by Kyle Higgins and more! SCREAM RETURNS! Andi Benton has faced other symbiotes before, but never has she faced the power and might of KNULL himself! Does SCREAM have what it takes to put a dent in Knull’s symbiotic armor? Or is this the end for SCREAM?

THE ICONIC CINEMATIC TERROR MAKES ITS MARVEL DEBUT! Gabriel Cruz gave his life to Weyland-Yutani–In the case of an alien attack he barely survived, almost literally! Recently retired, Cruz is trying to patch things up with his abandoned son with the help of his friend, a Bishop-model android, but his re-entry into civilian life is not going smoothly…and his encounters with the deadly Xenomorph are far from over. Phillip Kennedy Johnson and Salvador Larroca team up to tell an all-new tale of the titan of horror and science fiction that has scared audiences for decades. No one is safe. No one is innocent. And no one can hear you scream. The New Green Ranger’s identity has been revealed.

Now, for the first time ever, discover their top secret origin… and what comes next. 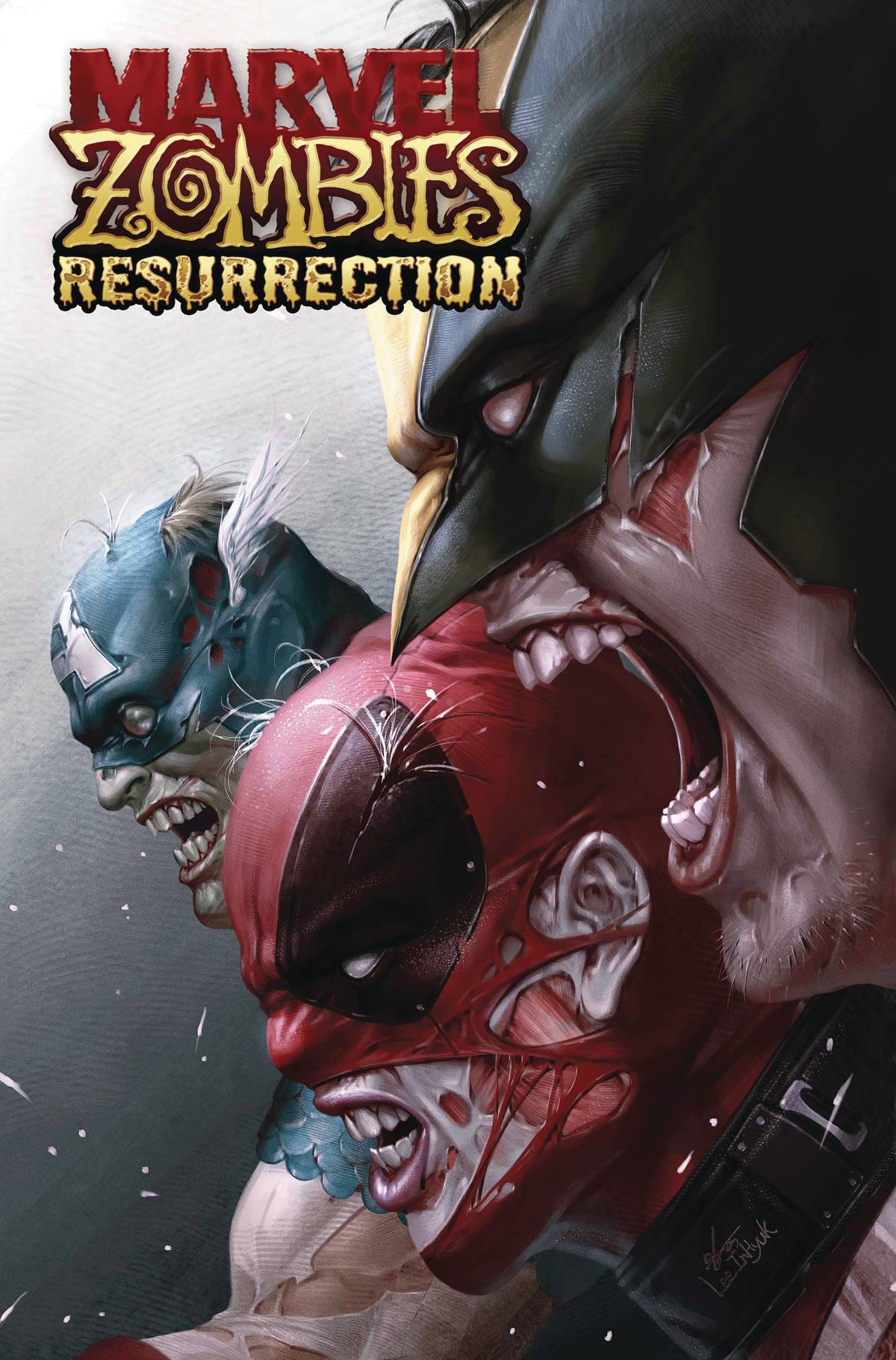 The horror smash hit lives again! When the corpse of Galactus appears at the edge of Earth’s solar system, the Avengers, X-Men and Fantastic Four investigate. Too late, they discover that the World-Eater’s body is now the vessel of an interstellar terror – which one by one transforms Earth’s Mightiest Heroes into ravenous undead zombies! Now, the world’s remaining defenders must try to escape the super-powered, cannibalistic aberrations that were once their friends and family – but will any survive? Spider-Man made a promise to keep people safe, and he’s not going to quit – even in the literal jaws of death. But the cost of keeping his promises may be horribly high! Can Earth’s hunted heroes hope to protect the planet from an infestation that has already claimed half the known universe? Collecting MARVEL ZOMBIES: RESURRECTION (2019) #1 and MARVEL ZOMBIES: RESURRECTION (2020) #1-4.