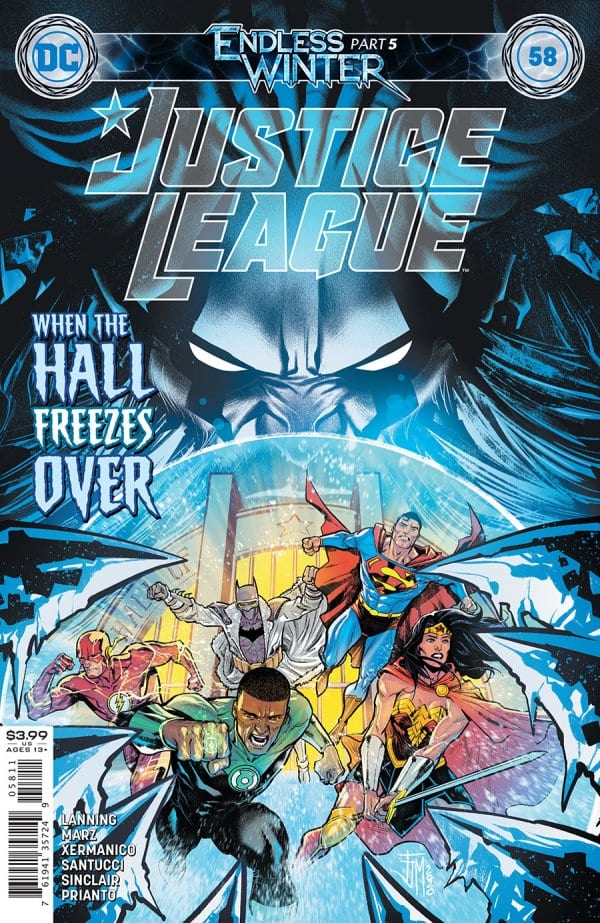 ENDLESS WINTER, CHAPTER FIVE
In this turning point issue, the Justice League is scattered across the snow-covered globe, trying to stave off the frozen doom, leaving Green Lantern John Stewart to stand alone. At the Hall of Justice, he begins to piece together clues that could help turn the icy tide that threatens to overwhelm them all. But then an unexpected visitor arrives on cue: the Frost King himself! In the past, however, Queen Hippolyta, Swamp Thing, and Viking Prince witness a terrible decision made by Black Adam—one that will haunt them forever. 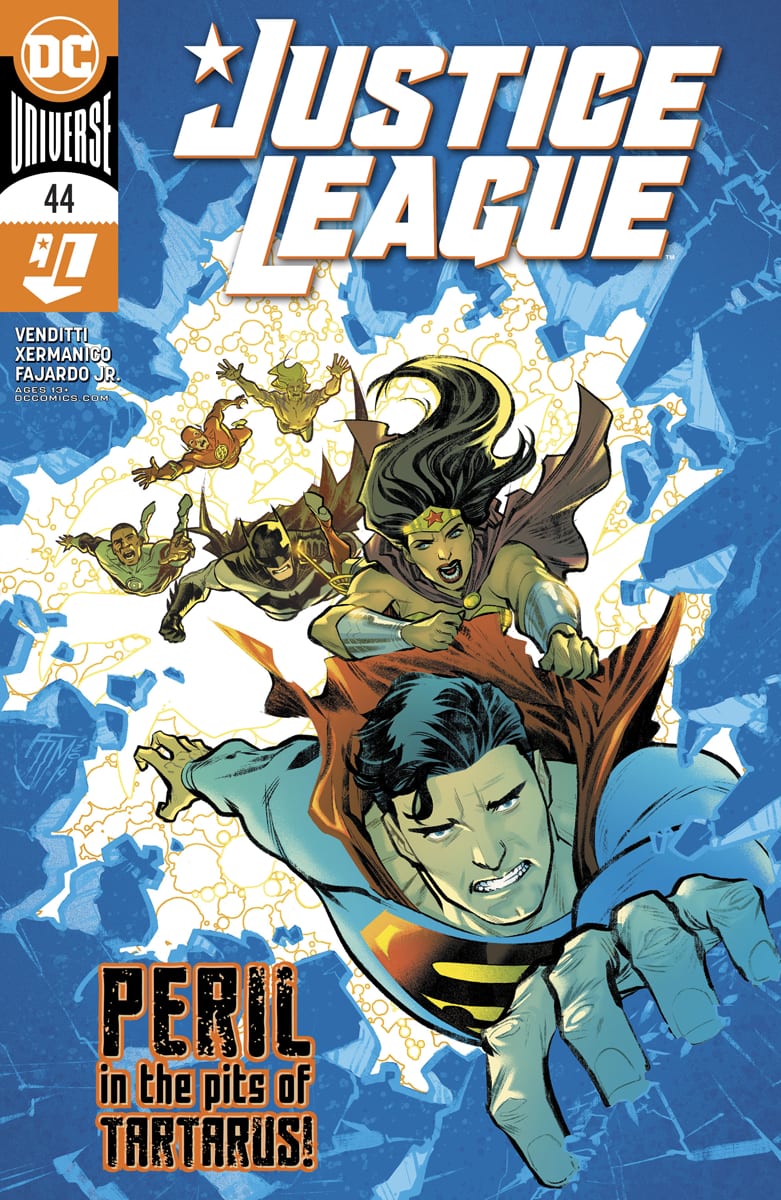 Cold war kickoff! After receiving a distress signal from Aquaman, the Justice League travels to Antarctica, where they discover an ancient prison at the bottom of the legendary pit of Tartarus. But who picked the locks within? Freed from their shackles, creatures of myth and horror emerge to battle the team, while the League must confront their own personal demons. What exactly lies at the base of this well, and what will be left of the Justice League when they discover its secret?