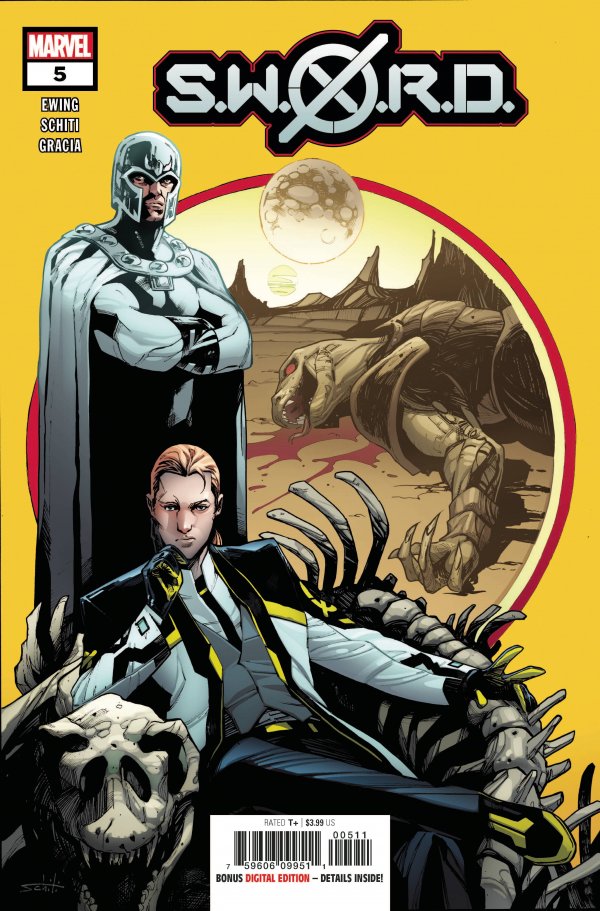 ALL THE COLORS OF THE DARK! On Krakoa, Fabian Cortez and the Quiet Council discuss the rules of murder. But in space, the murders have already begun…and the killer has a connection to Cortez he’d never suspect. The color may be gold…but this, my friends…is pure giallo… KRAKOA, WE HAVE A PROBLEM! The mutants are dying. Their island is dying. Earth itself is dying. All hope for humanity as a species lies in Protocol V. Protocol V isn’t going to work. 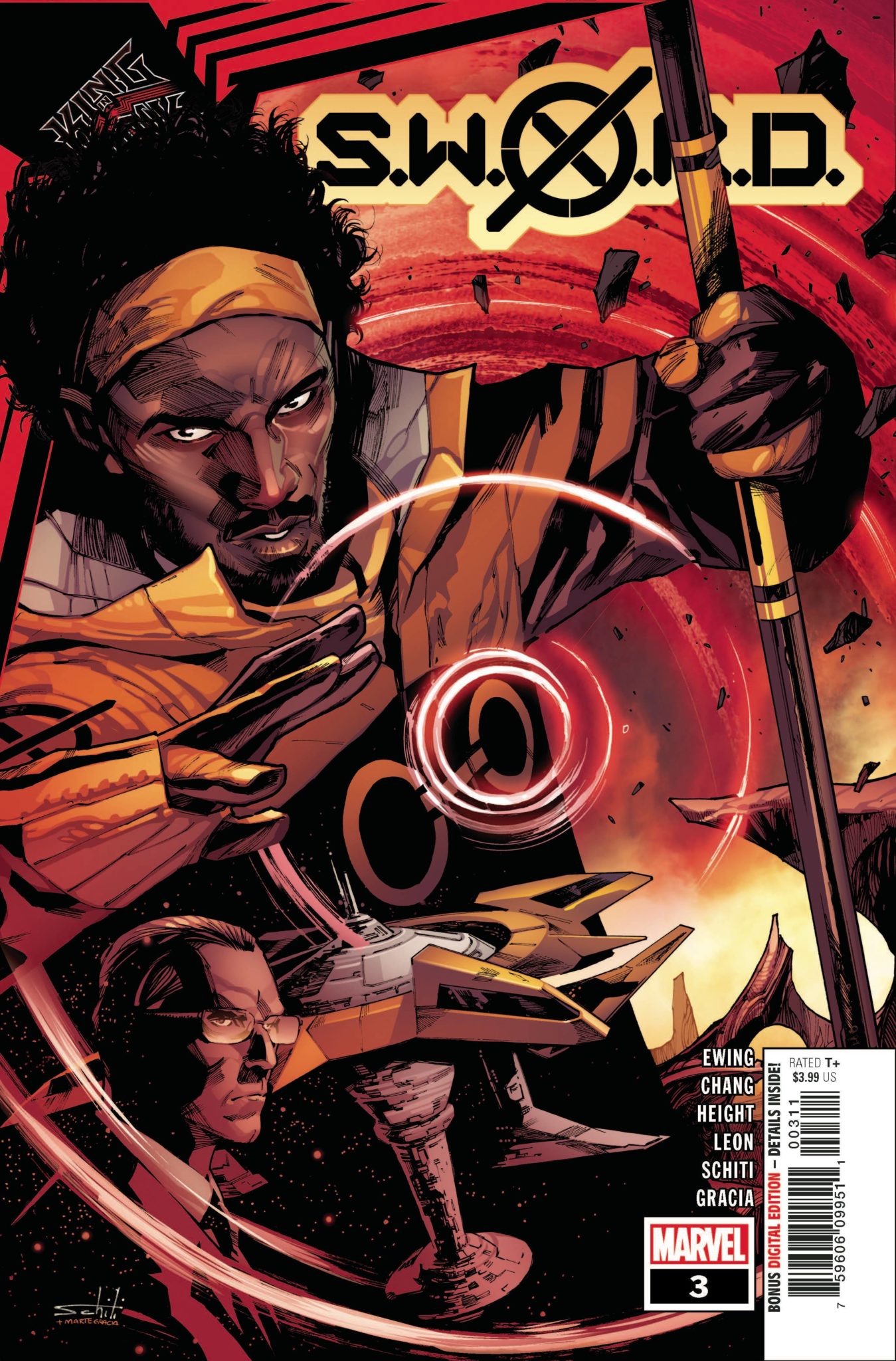 TAKE A TRIP WITH THE EVERYWHERE MAN!
The Void-God has overtaken the Earth. Top-level mutants have been assimilated. Protocol V is in effect. But space is a big place… and a lot of things happen there at once. Walk a mile in the Manifold’s shoes, as S.W.O.R.D.’s Quintician takes a multi-artist journey across the universe and back… and comes face to face with S.W.O.R.D.’s deadliest enemy. 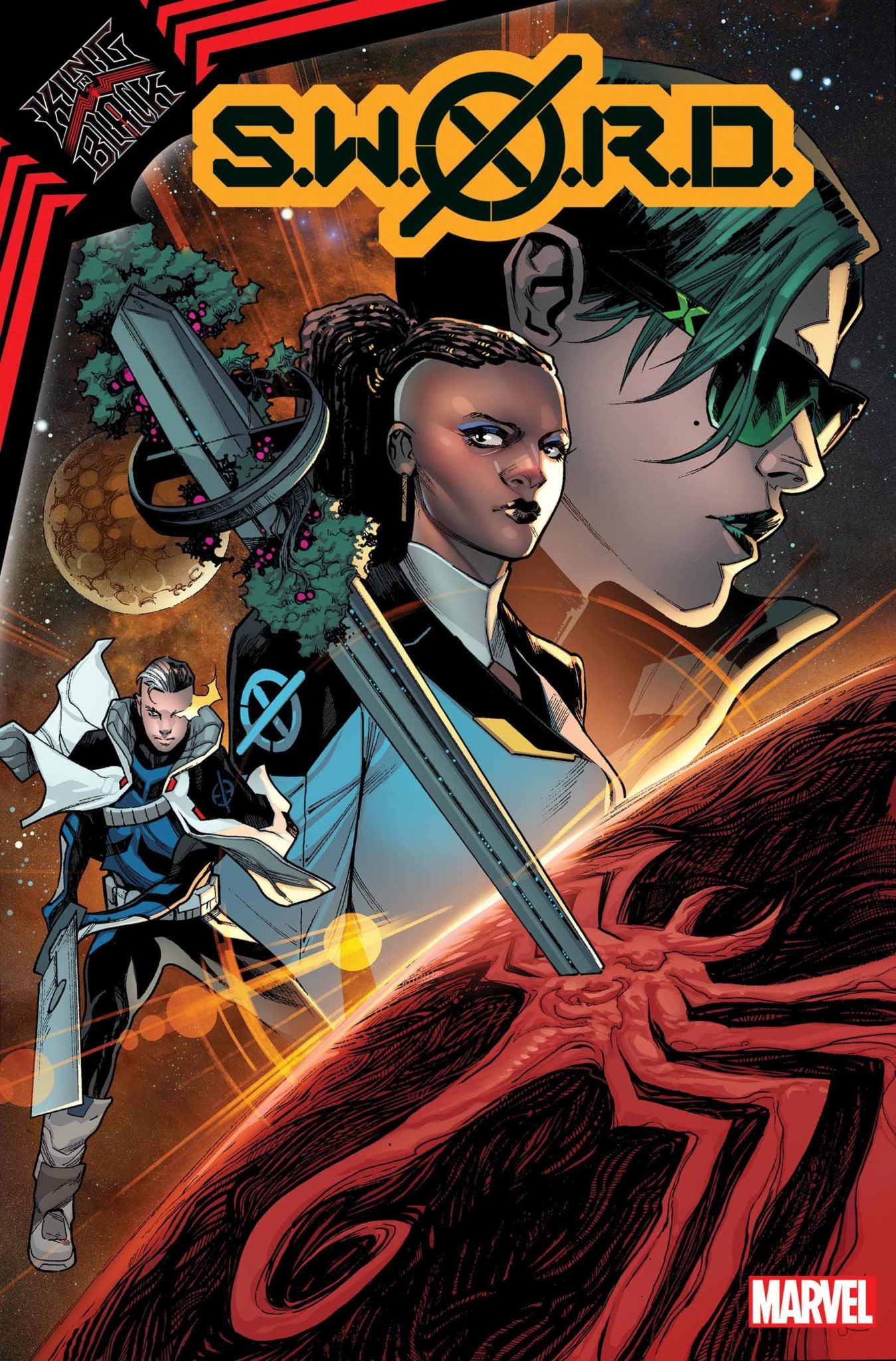 WHAT IS PROTOCOL V?
The S.W.O.R.D. station is thrown in at the deep end of a planetary crisis as Krakoa battles the KING IN BLACK! While a cross-division team take on latex dragons from outer space, Abigail Brand prepares a deniable operation all her own. What is PROTOCOL V – and can the Earth survive it? An intergalactic event that will reshape the Marvel Universe! Old allies make a distress call to the Avengers with news of a terrible enemy that could wipe out humanity. Meanwhile, in the most unlikely of places, the Fantastic Four witness the final conflict of the Kree/Skrull War – and a long-hidden Elder of the Universe stands revealed! With the Kree and Skrulls united under a new emperor, their war fleet charts a course – for Earth! The Avengers are ready to fight, while the FF seek a diplomatic solution. But if they can’t work together, the world may not survive. Either way, both teams will be tested as never before! The new Marvel Space Age begins here! Collecting EMPYRE #0: AVENGERS, EMPYRE #0: FANTASTIC FOUR, EMPYRE #1-6, EMPYRE AFTERMATH: AVENGERS and EMPYRE FALLOUT: FANTASTIC FOUR. 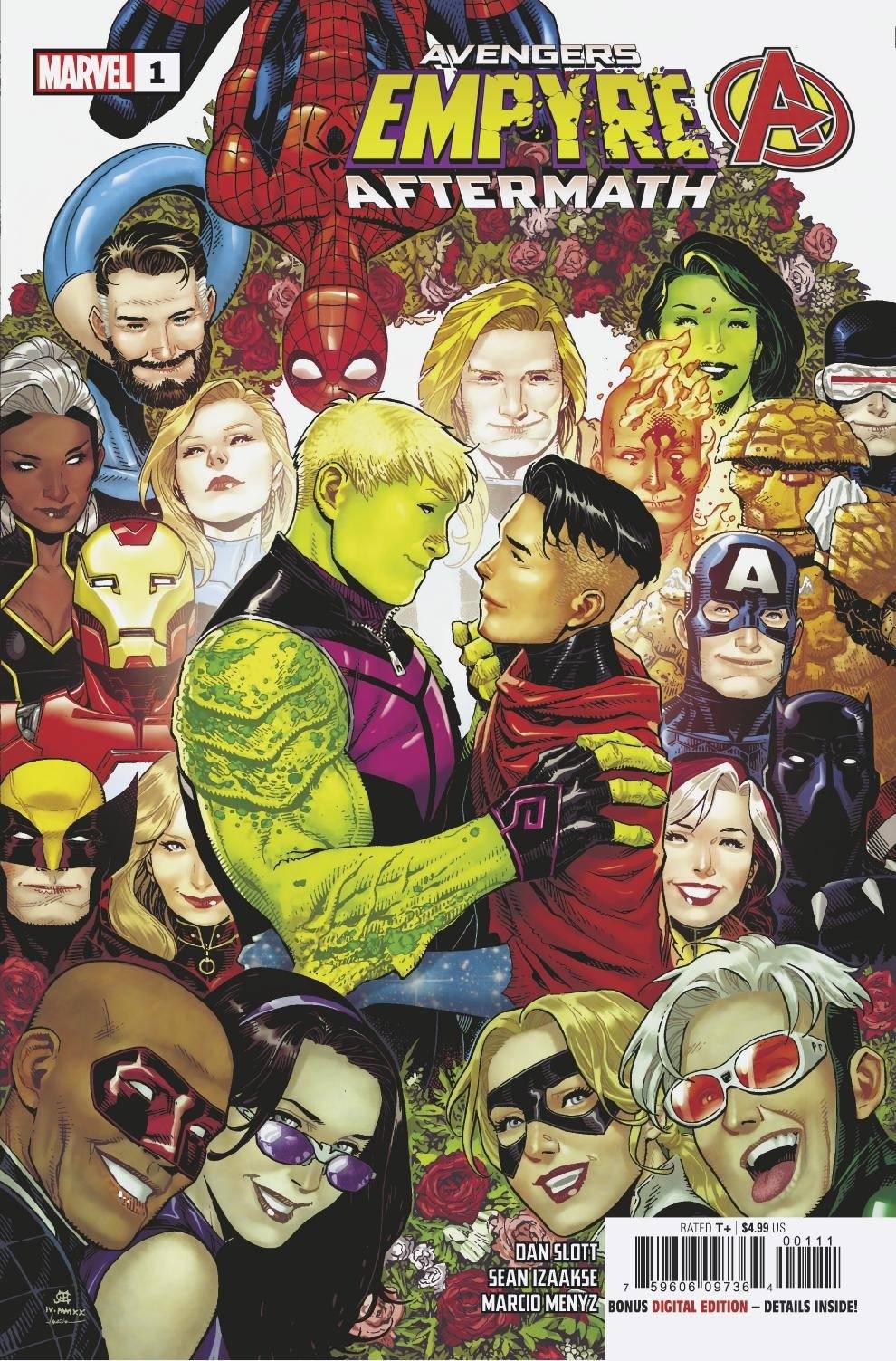 Who will rule the EMPYRE?
•  There can be only one King of Space-and it’s the last liege standing! But as combat rages on, the clock ticks down to catastrophe!
•  Will the ultimate interstellar weapon fry planet Earth before or after all sentient life on the planet is wiped out?
•  The Avengers and the Fantastic Four are tested as never before-as EMPYRE comes to a pulse-pounding finish!
Rated T+ • Love and war – in the midst of cosmic cataclysm!
•  One fan-favorite Marvel hero reveals their secret – as another faces the ultimate showdown with a monstrous foe!
•  Meanwhile, an outer-space jailbreak leads to a trial by combat you’ll have to see to believe…
• …but is it all too late to save Earth from two world-ending threats at once? 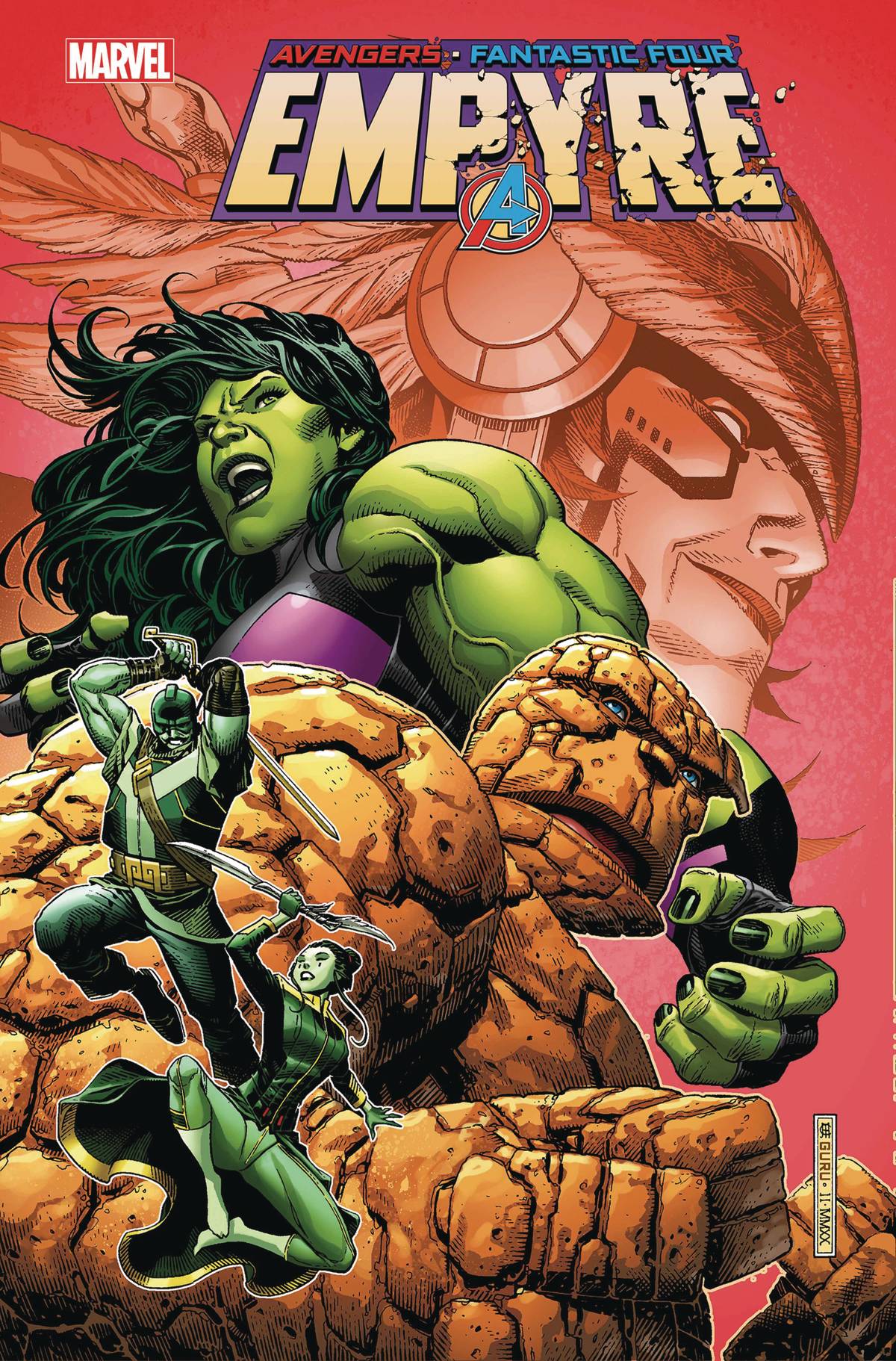 THE GRASS IS ALWAYS GREENER…
•  Tensions mount as the action heats up!
•  As the attack on Wakanda intensifies, the heroes find themselves under attack from their enemies – and their allies!
•  In a war where nobody can be fully trusted, betrayal cuts deep – as the alien invasion claims its first casualty!
•  In this issue: The shock ending you never expected! You’ll want to frame it for your wall, True Believer! 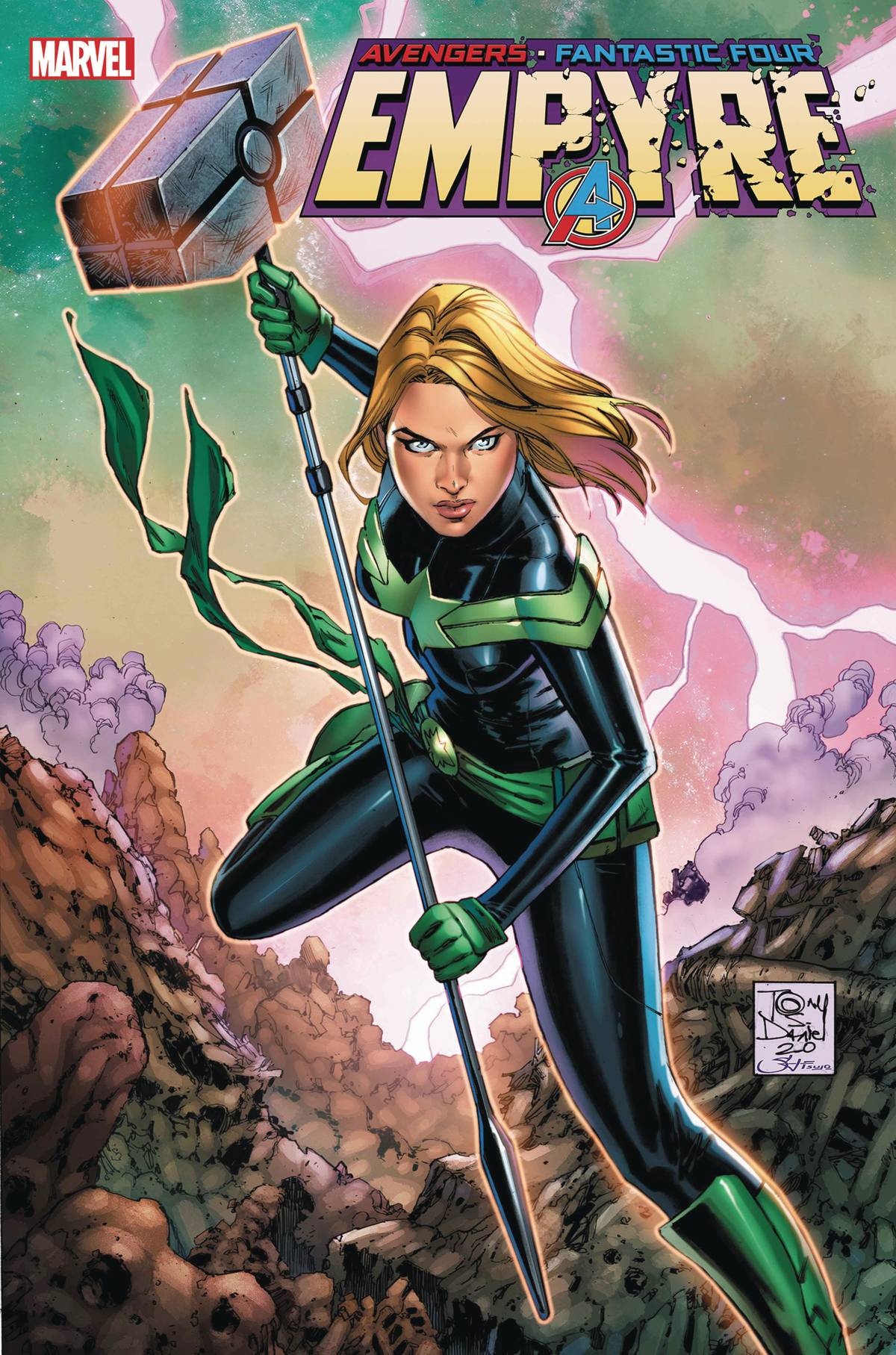 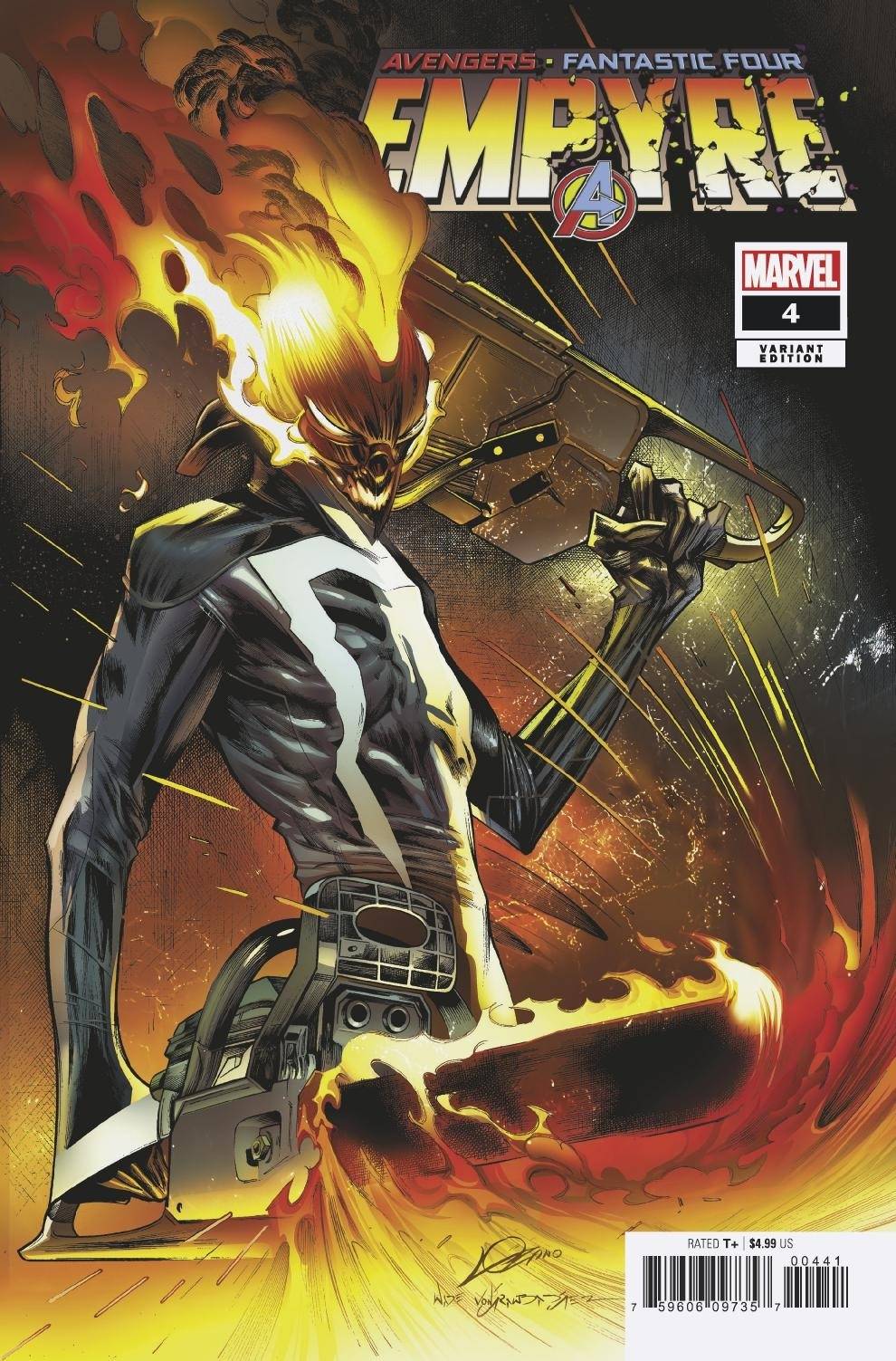 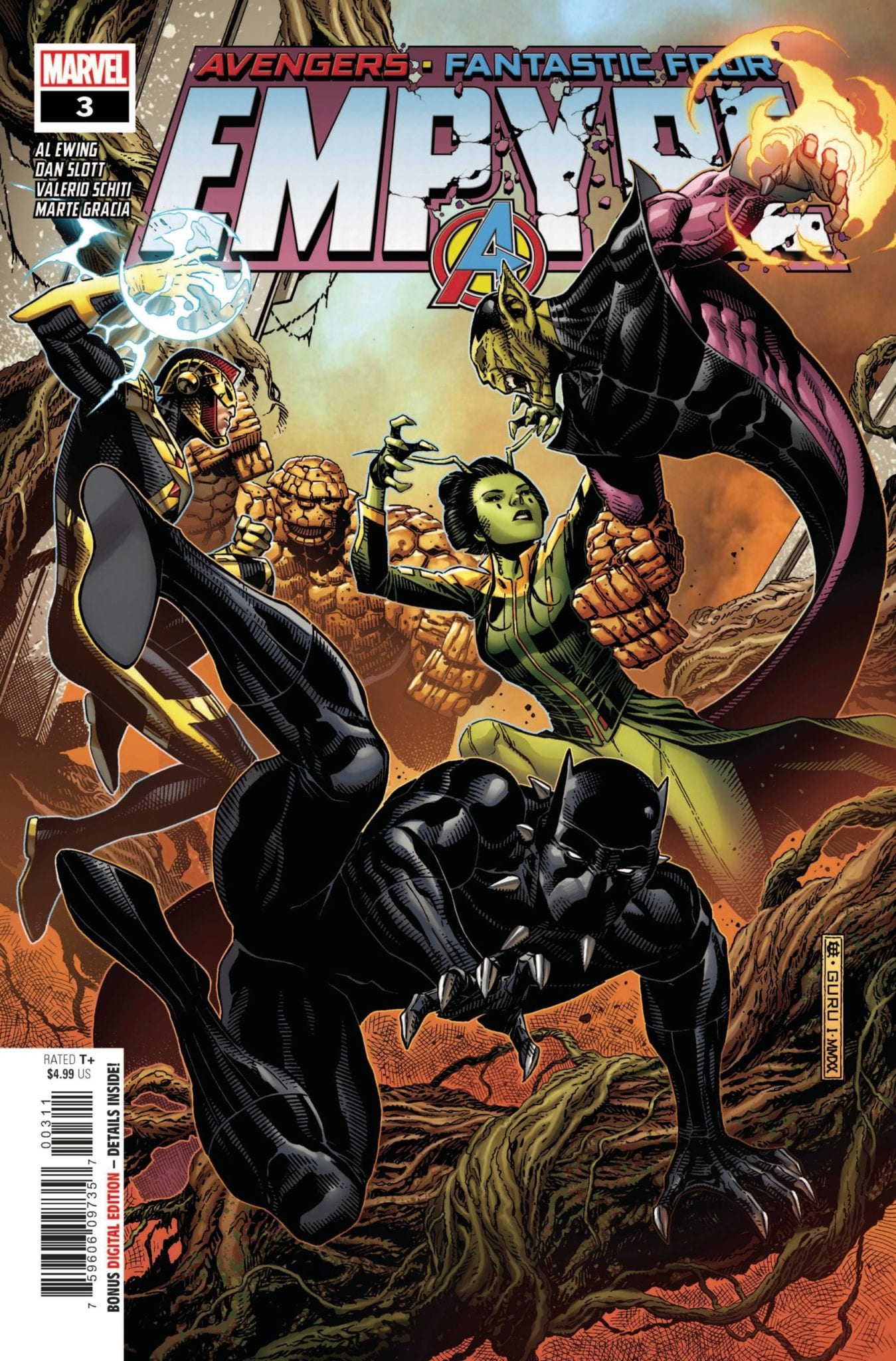 • The tag-team action comes home!
•  Wakanda is the battleground – as the Avengers and the FF unite to prevent a Vibranium-powered threat to all life as we know it!
•  A long-lost Avenger returns to active duty – but will that be enough to turn the tide?
•  And in space, interstellar intrigue threatens the fragile Kree/Skrull alliance…and the repercussions might just doom planet Earth!
Rated T+ 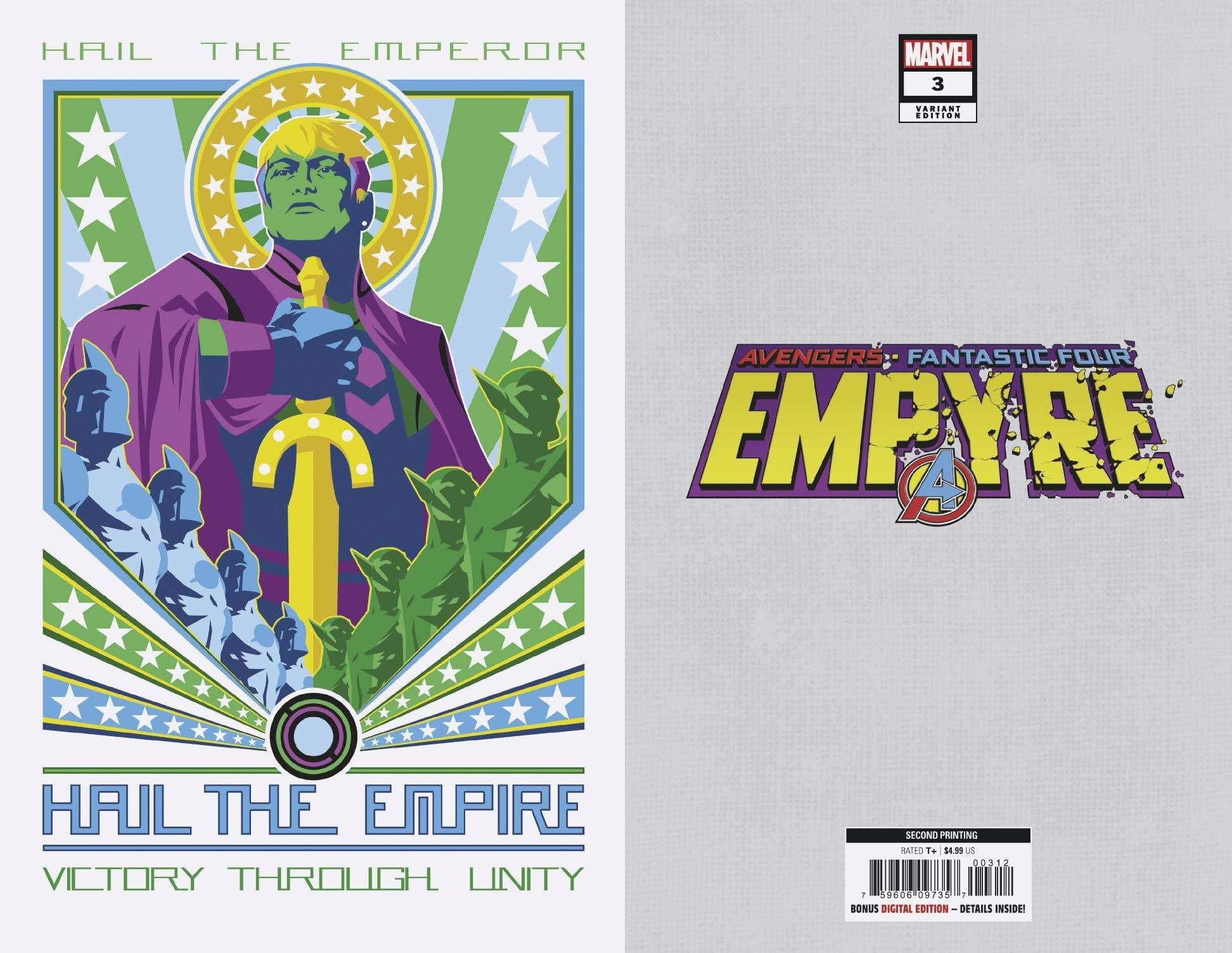 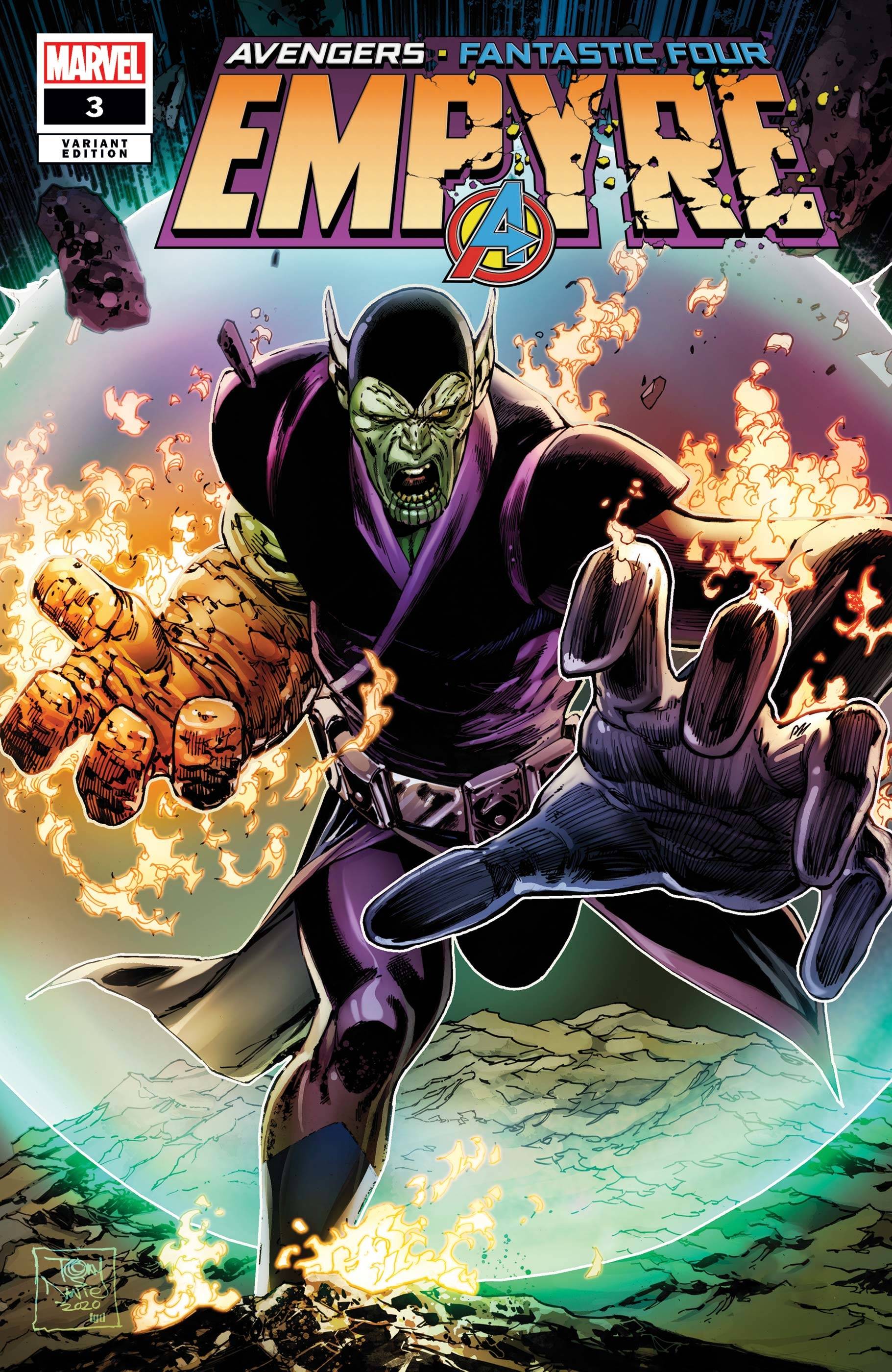