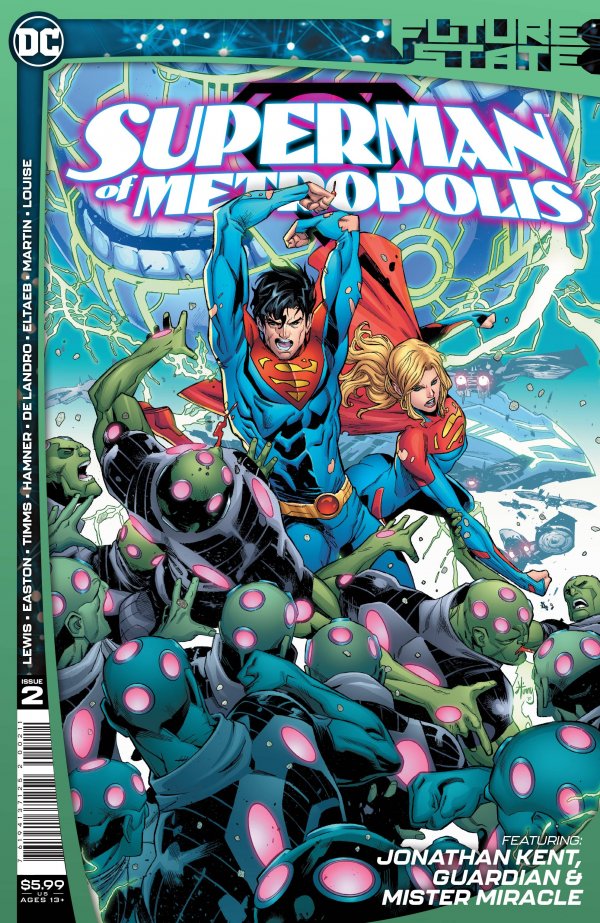 SUPERMAN OF METROPOLIS, PART TWO / THE GUARDIAN, PART TWO / MISTER MIRACLE, PART THREE
Braincells, the advanced offshoot of the diabolical Brainiac, continues to lure Jonathan Kent down the wrong path—but things go from bad to this can’t get any worse when it appears it has also taken some manner of control over Supergirl! If the Kryptonians clash, nothing will be able to protect the bottled city of Metropolis!

Meanwhile, inside the bottle itself, the Guardian is doing everything he can to stop the city from destroying itself from within, while Mister Miracle has discovered the trail of a strange signal that he doesn’t realize will take him to Warworld.